Bringing an Idea to Fruition

The idea began as a simple one: introduce the excitement of the tech theatre world into middle school classrooms and provide role models for students with visits from professional designers. However, making this happen was not so simple.

There were a lot of questions to answer:

• How exactly to get students excited about the topics?
• What kind of a curriculum would meet the needs of middle school classrooms and be adaptable for high schoolers?
• How to assure every classroom had access to the tech theatre tools needed to teach?
• Where to find the designers?
• How to help teachers who had never taught tech theatre before?

In answer to these many questions Educational Theatre Association (EdTA) created a plan. A project called “Behind the Scenes” was launched, funded in part by a grant from the National Endowment for the Arts. The project would work with pre-service teachers from Morgan State University and professional designers from the thriving Baltimore/Washington theatre scene. These collaborators would formulate design instruction in lighting, sound, costumes, sets, and stage management. Schools would be chosen through a partnership with Baltimore city schools and the teams would work with the classroom teachers to offer nine weeks of instruction in technical theatre, supplemented by visits from the teaching artists.

To make sure each school worked with the same resources, each classroom received an iPad lab. The curriculum was created to use the iPads to access web-based apps and programs such as Garage Band, iMovie, etc., that would allow the students to engage in and practice tech theatre skills in a virtual environment.

In July of 2021, the teams of designers, teachers, and students from Morgan State met to create a modular tech-theatre curriculum centered in design for the stage. The curriculum was grounded in an exploration of the 1978 musical theatre film The Wiz, produced by Universal Pictures and Motown Productions, which places the classic Wizard of Oz story in contemporary inner-city New York.

Weekly detailed lesson plans were created linked to national theatre standards, that took students through an introduction to the designer’s process of read, research, plan, and design.

Weekly challenges imagined by the professional designers were woven into the curriculum as projects which would teach the students about design through hands-on activities. The result was a solid technical theatre curriculum consisting of nine teaching units that worked together as modules to introduce the students to a process for researching a play, taught them how designers work to create a design for costumes, sets, lights, and sound, and then finally placed them into teams to reimagine the story themselves and design their own version of the story of the Wizard of Oz.

One “Behind the Scenes” project participant said, “The strengths of this project were definitely the collaboration with the teachers and the outside professionals, and the comprehensive lesson plans that helped me never to feel lost.”

By September of 2021, the curriculum launched and teachers, Morgan State students, and designers worked together to deliver the instructions and collect student work. The results were magic!

The middle school students were inspired and engaged, turning in imaginative and thoughtful work. The Morgan State students forged valuable bonds with the classroom teachers, so much so that some are still working in the classrooms today as
volunteers. The designers have already signed on for part two of the experiment in which EdTA will pilot the curriculum in geographically diverse rural schools around the nation.

What a perfect vehicle for culturally responsive teaching as we honor student voices with this dynamic curriculum that culminates in community-based design. Win! Win! Win!

Best yet, “Behind the Scenes” Technical Theatre Curriculum is now available for all theatre educators to use in their own classrooms, free to the public during this new pilot year. A detailed overview of the curriculum will help you get started with a clear sequence of instruction:

Modules One and Two: Students watch The Wiz and learn about theatre research, diving into the idea of a director’s concept.

Modules Seven, Eight and Nine: Students learn about design teams and form their own production teams to reimagine a scene from The Wizard of Oz and create a full set of designs. 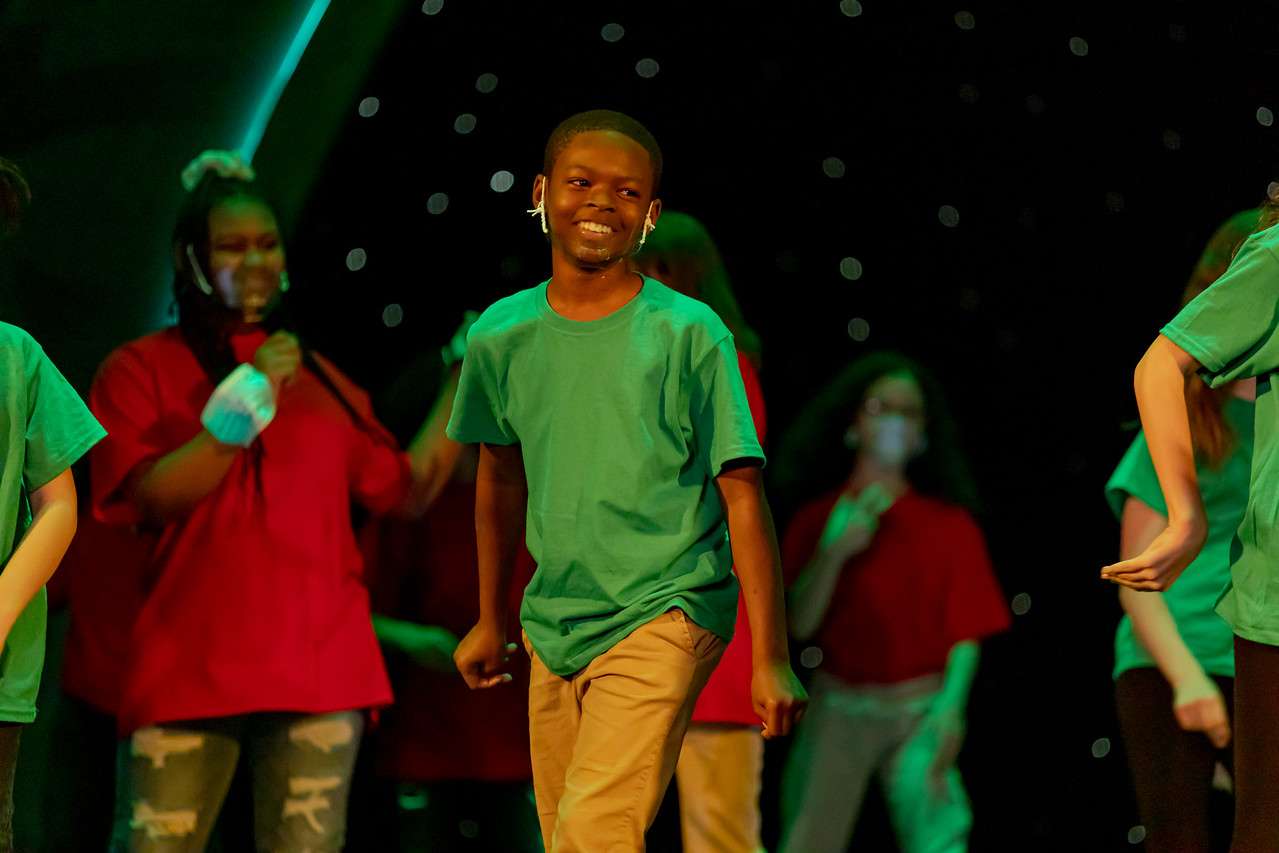 After performing in the Cincinnati JumpStart Theatre Showcase in April, Kelton, a