Like a detective, an actor has to start with the facts

What’s going on here? If you’re interested in improving your acting, you’ll need to start by answering that question. The first crucial step in acting a role is precisely the methodology of the detective at a crime scene. What are the facts?

Well, my friend Joel called and asked me to come over. When I got there, he didn’t answer the door, so I just walked in. Joel was lying unconscious on the living room floor. His guitar lay against the wall, almost broken in half. A second guitar stood in a corner. There was a half-eaten ham sandwich, etc., etc.

The fact that Joel used the phone, played the guitar, was eating lunch, and all the rest are called “the given circumstances.” You need to go through the scene or play you are working on and make a list of them. In a scene, there may be two dozen such facts (and I emphasize that we are, in the beginning, looking for the facts, not suppositions). In a whole play, there may be three hundred.

For illustration only, we’re going to work on only one given circumstance: Joel is unconscious. In our play, Joel wakes up, becomes hysterical because he can’t remember what happened, and I (a member of the band) try to get him to go to the emergency hospital to be checked, in hopes we’ll still be able to play our gig tonight.

Now, take the key given circumstances (the ones that figure prominently in what the play or scene seems to be about) and break them open with questions.

Circumstance: Joel is unconscious
Question 1: Why?
Answer: Later in the play it is revealed that Joel took his older brother’s girlfriend to the beach, and when the brother found out he broke a guitar over Joel’s head.

Now, if you’re playing Joel, you could ask a myriad of questions to weave the net to catch your acting in. How badly is Joel hurt, and how will that affect acting the role? What do we know about his relationship to the brother? Does Joel feel guilty or justified about what led to the beating? What does he assume his parents will do? How does this affect his relationship with the girl? What will he feel about the broken guitar? Did he have any idea something like this would happen? How does he feel he should handle it? And so on.

By now, you not only know more about the incident and Joel’s reaction to it, you have begun creating his relationships and inner life. You could and should ask any question about the circumstances that, when answered, will help form a web of context within which you will act the scene. And jot down the answers in a notebook! You’ll want to refer to them again. 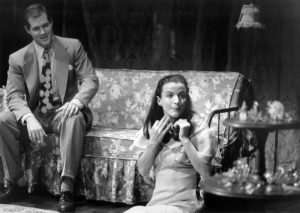 We live in context so it makes sense that we act in context. Let us say you are having a wild argument with your boyfriend, but you are keeping your voice down because you don’t want your mother butting in, and you’re restraining an impulse to kick him because you’re barefoot and your ankle is sprained. Your mother’s proximity, your desire to keep her out of the argument, your lack of shoes, and your ankle injury all provide context for the argument. Context not only creates, but modifies behavior. We define context by asking logical questions of the given circumstances.

So: acting is behavior created by our pursuing goals in a way that suits the context in which we find ourselves. One simpler example: play a love scene on a park bench when it’s raining, snowing, sunny, during allergy season. Obviously, the behavior (that is, the acting) will be wildly different depending on the weather and other outdoor factors.

Yes, it’s obvious, but a lot of acting seems never to have considered the circumstances. You’ve seen it (and heard it). Here is Jennifer ranking her father out in uncompromising fashion, without considering she needs to borrow his car tonight.

Acting always seems better when it’s specific. Not just an “argument,” but a specific argument between two threedimensional people in a specific place at a specific time who have a specific background together and are pursuing specific goals as they argue. These specifics are usually drawn from some creative thinking to help you flesh out the given circumstances of the scene.

For example: What is the argument about? Have Jennifer and her father had this argument before? What is Jennifer’s current relationship with her father? What has each person been doing in the half-hour before the argument started? What room is the argument taking place in? What does Jennifer think is the worst thing that could happen because of the argument? The best thing?

Now, not only do the given circumstances allow you to begin your work on a role, they can be used for spot work. Is some particular section of this play giving you trouble? Let’s suppose it’s a scene that never seems real to you and feels simply dopey rather than dramatic. For the purposes of this illustration, let us further suppose that it’s a play about doing a play in school. And that the moment that’s giving you trouble is the one in which you—that is, your character— have to tell the drama teacher that you aren’t able to try out for the play, even though she partially chose the script with you in mind. The worst part of it is you’re self-conscious in this scene and don’t even seem to know what to do with your hands. Don’t panic. Find a quiet place and sit down with a fresh notebook and a good pen and open your script to the moment or scene that is troubling you.

(Where and when you do your actor’s homework, incidentally, can be very important to its success. Be nice to yourself. Make this work pleasant and exciting for you. Have something you like to eat nearby.)

Now, starting three pages or so before the trouble spot, write a new list of the circumstances governing the scene. This list differs from the first list you did in that now we’ll deal with circumstances that are not only factual (the scene takes place in a classroom; there are twenty-eight chairs and a desk) but also those that need your imagination to flesh them out. For instance, the play tells you that your mother died in a car crash three years ago. We also know you spend a lot of time at the teacher’s home. If it’s helpful, you can now say one of the circumstances is that you regard the teacher as a parent surrogate. This is a subjective or emotional “given circumstance,” but you’ve done enough work on the play to make it as real to you as the desk.

When you complete your list for the “trouble spot,” return to your task of asking questions about the circumstances and writing down your answers. Now, go down the list and ask yourself how each of these circumstances might impact on your acting of the scene. Ah, new ideas! You may find that at tomorrow’s rehearsal your imagination is more fully engaged and your acting is less stiff and more “real.” In other words, you know a lot more about “what’s going on here.”

Factual circumstances and emotional ones

Here are some examples to illuminate the differences between factual circumstances and subjective or emotional ones.

When things aren’t working, there is usually a powerful circumstance you’ve simply overlooked. What about the fact that soon you’ll be asking this teacher to write a character reference for your college application? That would obviously change the tone of your withdrawal from the play. 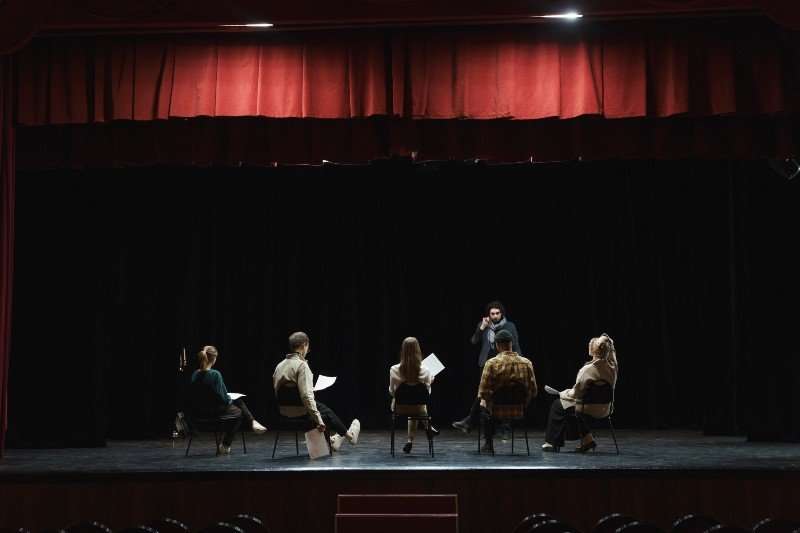 I’m suggesting that you do a list of the circumstances on the first day of rehearsal and that you “question” a dozen or so of the circumstances on paper the first week. After you are midway into rehearsal, go back and do the list again, adding subjective or emotional circumstances and doing some new questioning. Finally, read through your two lists on the day before your opening. As performance looms, you start worrying about your costume and whether your friends will be impressed and how to get offstage in that blackout. You are likely to be overwhelmed with nerves and self-concern, and that is exactly the time that you need to remind yourself of the circumstances and context that need to inform and define your performance.

You see the difference, I’m sure. There being a couch in the room is a stone fact, but Jim’s saying that Joan is “uptight” doesn’t necessarily mean she is. That’s only his perception. When it’s hot, it’s hot, but his not “loving” her is only Joan’s take on the situation. We can work with both sets of circumstances, but when we examine subjective feelings, we need to ask even more questions to understand what’s going on.

Often, in the case of subjective circumstances, you need to define the words. What does Joan mean by “love?” What does Jim mean by “uptight?” If they are talking about each other’s “anger,” you need to imagine how they demonstrate anger and what has made them angry before.

The circumstances build a web of details that you, the actor, can believe in. Once you know enough about the circumstances of the scene and find them personally believable, you’ll find your own knowledge of life allows you to begin to act in a less self-conscious way.

You can share your hunt for the circumstances and your questions about them with your coworkers and the director. Very few directors will respond negatively to polite and sincere inquiry. “Can you help me understand why she is so angry about the date that she won’t accept his apology even though they are still going to the prom?” Often, these questions get everyone more involved and concentrated. They bring everyone’s experience to bear on the events of the play.

The key thing to remember is that actors need to examine the situation before they can act it. This examination should be taking place in rehearsal, but you can do a lot of your work at home and then involve others with your questions in rehearsal. There’s really no way to start acting before you know “what’s going on here.”

Jon Jory, the artistic director of Actors Theatre of Louisville for thirty-one years, is now teaching, acting, and directing at the University of Washington. This article is the first in a series that began in September 2000.