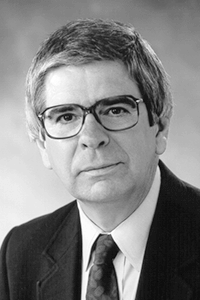 Tom Orr retired from teaching in 1994, after thirty-two years at Hendersonville High School in North Carolina, but his commitment to educational theatre was undiminished. He chaired the Henderson County Board of Public Education for two years, promoting the importance of a strong performing arts program within the school system. He served as education chair for the board of trustees at the Flat Rock Playhouse, the state theatre of North Carolina, and worked to evaluate and develop the curriculum for the Vagabond School of Drama, Inc. He coordinated the theatre’s public school outreach at secondary and elementary school levels. And he worked with the Henderson County Arts Council to develop grassroots productions and experiences in the arts for students.

While at Hendersonville High, Mr. Orr participated in team teaching as part of a program that embraced music, dance, and theatre. In the 1980s, the North Carolina Department of Public Instruction recognized his contributions to the innovative program, including “the foresight and boundary-breaking leadership and the unique approach to integrating separate and distinct subject areas.”

Mr. Orr chartered a Thespian troupe at Hendersonville High in 1975, and for ten years, he served as North Carolina Thespian director. He was president of EdTA in 1995, when the Association’s constitution and bylaws were updated and revised as the organization reshaped it goals, philosophy, and objectives toward advocacy and national leadership.

Mr. Orr is the only secondary school theatre member to serve as president of the Southeastern Theatre Conference. He holds a bachelor’s degree from the University of North Carolina at Chapel Hill and a master’s from Western Carolina University.

Dr. Amy F. Pace, retired assistant superintendent of Henderson County Public Schools, wrote in her letter of recommendation: “Though many honors and many achievements mark the career of Tom Orr, the greatest accolades have come from the many former students, successful in theatre and in other endeavors, who have told me, ‘Mr. Orr made a difference in my life. He showed me I mattered.’”