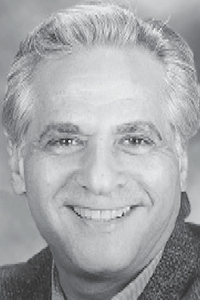 Although he still was performing occasionally at the time of his Hall of Fame induction, Mr. Levitt spent the majority of his time as a partner in Manhattan Tour and Travel, Inc., a company that plans affordable educational theatre tours of New York City and England.

His company also brings theatre experience directly to students with workshops on improvisation, auditions, and musical theatre. Mr. Levitt has also conducted workshops at the Thespian Festival, the Educational Theatre Association convention, and state Thespian conferences. “When you work with students and you see a breakthrough in their performance,” he said, “there is a sense of pleasure. You know that you have in some way contributed to their life. Even if they will never have a career on the professional stage, they have gained an experience that will benefit them in other parts of their lives.”

Mr. Levitt was an associate producer of Broadway Jukebox, which ran Off Broadway, and was co-producer of Fanny and Sophie and Jolie and Eddie Invite You to Come to a Party in Chicago and Miami. On Broadway he was seen in Wish Me Luck, Roumanian Wedding, The Gypsy, and Oh Mama! Am I in Love! He appeared in the national company of George M!, Coco with Ginger Rogers, Anything Goes, West Side Story with James Darren, Fiddler on the Roof, The King and I, and Hello, Dolly! At the Shakespeare Festival in Stratford, Ontario, he performed in The Satyricon.

Mr. Levitt began his career with the Garden State Ballet of New Jersey. He danced lead roles in The Nutcracker, Swan Lake, Balanchine’s Symphony in C, and de Mille’s Rodeo. He was the associate director of the Puerto Rican Dance Theatre in New York and a guest teacher at the Alvin Ailey School, Brooklyn College, and the Roberson Arts Center in Binghamton, New York.