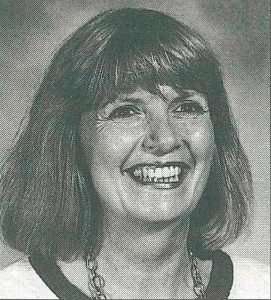 As a teacher and director in Shorewood, Wisconsin, Barbara Gensler inspired her students to go beyond what is expected on the high school stage. “I hope that my productions serve as a model so that theatre educators do not limit their students,” she said.

Under Ms. Gensler’s guidance for forty-seven years, the Shorewood High School drama department staged five productions a year. She taught four classes, mentored student teachers, served on curriculum committees, worked for theatre advocacy, volunteered in the community, and directed at a community theatre. When the drama department went into the red while she was on sabbatical, she led the effort to erase the debt, and put the department on the road toward an improved facility. “Even without the facility,” she wrote, “quality theatre is possible for high school students; in fact, they may just blow you away.”

As much as a third of Shorewood’s school population will get involved with a production, estimated a parent who added, “Community members beyond the parents watch in awe as she takes standard scruffy high school kids and makes them do something great.”

A colleague wrote of her influence, “Students leave our theatre program with a repertoire of considerable theatre skill, but more importantly, they leave with pride and confidence in themselves, not just an occasional student or a theatre star, but many students, every year.”

Ms. Gensler received a bachelor’s degree from the University of Wisconsin and a master’s from Marquette University. She received awards from the governor of Wisconsin, the John F. Kennedy Center for the Performing Arts, and the Kohl Foundation.

She took pride her life’s work. “This pride is not garnered from excellent productions,” she said. “This pride is instilled because I know that as theatre educators we teach a full gamut of life skills.”