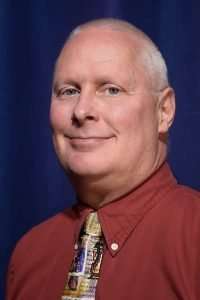 Tim Buchheit has served as a distinguished theatre educator for 31 years and is currently director of theatre at St. Francis Borgia Regional High School, home to Thespian Troupe 2787, where he developed the speech and theatre curriculum and oversaw the rebuilding and opening of a new theatre facility. Buchheit has proudly directed hundreds of productions, notably, a one-act previously performed at ITS. Buchheit, past treasurer for Missouri Thespians, is currently on the events committee. He has received the Walmart Teacher of the Year Award and the Missouri Thespian Educator of the Year Award. In 2006, he co-founded the Riverside Players community theatre to increase the awareness, education, and appreciation of theatre in Franklin county. Clayton Smith, Columbia College professor, and former student-turned-colleague noted, “Tim has shown me who I am, and who I can be. I know he helps other students and peers see this in themselves as well. He cares more deeply for his students and for his troupe than any educator I have ever known.” 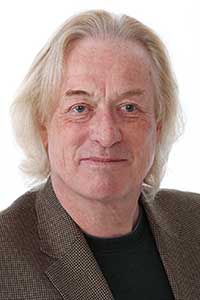 Michael Daehn has served in many theatrical roles but is most proud of his role as an educator. He started his high school theatre teaching career at Stevens Point (WI) Pacelli. Sixteen years ago, he joined the faculty at Ball State University where he created the nationally recognized theatre education program. Daehn most recently served as troupe director for Burris Laboratory School, home to Thespian Troupe 712, from 2005-2020, and previously Appleton West High School, home to Thespian Troupe 3402 in Wisconsin from 1995-2004. Daehn has directed more than 180 productions on the high school, college, and professional levels and co-created the Prism Project, which provides an annual performance opportunity for students on the autism spectrum. He was recently awarded the EdTA’s Founders Award for his overall contributions to the field and is a past winner of the EdTA Volunteer of the Year Award. He is a regular contributor to EdTA’s Dramatics magazine and Teaching Theatre journal. He has served as a Democracyworks essay contest judge, Thespian Playworks reader and director, ITF Showcase production, and national adjudicator. Daehn is the Indiana representative and an original member of the Advocacy Leadership Network. 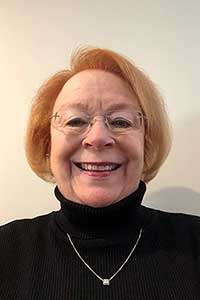 Marti Fowler dedicated 22 years to instructing talented students and seven years as an art coordinator in the Hazelwood School District. It was during this time that Fowler directed and choreographed more than 100 productions while serving on the Missouri Thespian board. She has received the Missouri Thespians Administrator of the Year Award, been inducted into Missouri Thespians Hall of Fame, EdTA Standing Ovation Award, and Presidents’ Award. After retirement, Fowler and husband Bob, a 2019 EdTA Hall of Fame inductee, developed the instructional series Practical Technical Theatre, which has been used in more than 2,000 schools worldwide. Fowler has also funded more than $35,000 in theatre education scholarships. Elected to the EdTA Board in 2018, she serves until 2021. 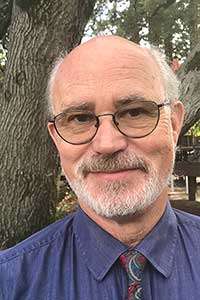 Billy Houck has served as a distinguished theatre educator for 39 years. He retired as a theatre teacher in 2018 from Fremont High School, home to Thespian Troupe 2753, where he developed a project-based theatre education program including coursework in acting, stagecraft, Shakespeare, stage combat, movement, musical theatre, technical theatre, design, playwriting, and literary analysis. Houck has directed more than 200 productions and written 15 published plays. He was a theatre critic for a San Luis Obispo newspaper, a dramaturg publicist, and former director for the Central Coast Shakespeare Festival. Houck has been a member of EdTA since 1981, serving on the California Thespian board as co-director and northern California representative. In 2006, he was inducted into the California Thespian Hall of Fame.