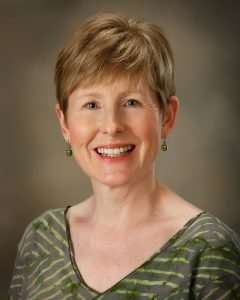 Meaghan Dunham has been a theatre educator and the director of ITS Troupe 49 at Grosse Point South High School since 1994, where she has revised and implemented theatre curriculum to align with current national and state theatre arts standards. Dunham is a longtime member of EdTA who has held numerous positions with the association and the Michigan Thespians. She is committed to the cause of theatre education and advocacy on a national level. Her nomination by Phillip Moss notes, “She brings a consistent positive attitude to each and every action, activity, and moment. It is this joyful energy that lightens the world for those around her.” 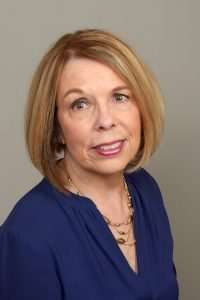 Helen Duranleau-Brennan has been a theatre educator since 1985, leading ITS Troupes 2761 at Davenport Assumption High School and 3994 at Davenport North High School. Her involvement with EdTA began when she reinstated Troupe 2761, and she now serves as an Iowa Chapter board member and a member of the EdTA Advocacy Leadership Network. According to current Iowa Chapter co-director Leslie LaCorte, who succeeded Helen as teacher and theatre director at both Davenport North and Assumption, “Helen epitomizes the professional fine arts teacher committed to excellence and student success.”

Harriet Matthews served as the theatre director at Pearl High School for 26 years, directing more than 80 productions. She grew the program from one theatre class to one of the largest and most successful theatre programs in the state of Mississippi, chartering ITS Troupe 4537 and becoming an EdTA member in the early 1990s. Matthews has been recognized as Troupe Director of the Year twice in Mississippi, was inducted into the Mississippi Chapter Hall of Fame, and served on the chapter board. 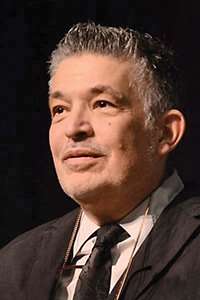 Lou Volpe began teaching at Harry S. Truman High School in 1969 and helped form the theatre department. He chartered ITS Troupe 5008 in 1992 and directed six main stage performances at the International Thespian Festival. Prior to retiring in 2013, Volpe was active on the Pennsylvania Chapter board, and his students were involved with the student board. He was awarded Music Theatre International’s first Lifetime Achievement Award for Theatre Education, was selected by Ford’s Theatre in Washington, D.C., as Arts Teacher of the Year in 2014, and has been invited to White House to meet President Barack Obama. In March 2018, he was inducted into the Bucks County Hall of Fame. His career is the subject of the book ­Drama High, which inspired NBC’s TV show Rise. 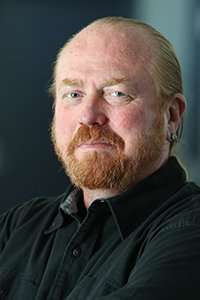 Jas Warren has been a theatre educator and EdTA member for 27 years. He is the director of ITS Troupe 5692 at Wharton High School and has served as a member of the chapter board of Florida Thespians and a member of the executive leadership of the Florida Chapter. Warren provided a template for other theatre teachers in Florida to use to create theatre leadership classes to not only produce high quality work but also offer an honors-level class that can provide festival leadership and assistance. He also works alongside the executive leadership to create and produce the Florida Thespian Festival.