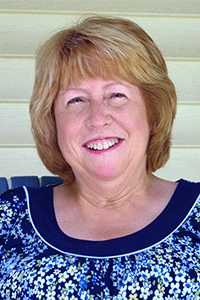 She began her career in nearby Springfield, serving as Central High’s speech and debate coach, taking students to national competition twice in four years. Following a hiatus of seven years to raise a daughter and son, Ms. Corbin returned to teaching, this time at Branson High School. During her twenty-seven years there, she introduced the annual musical, expanded the theatre production season, and extended curricular theatre offerings for students, including tech and stagecraft classes. Summers found her teaching children’s theatre for the Branson Arts Council for fifteen years and taking high school students to the annual Thespian Festival.

From 2002 to 2012, Ms. Corbin served as chapter director for Missouri Thespians, traveling to all parts of the state, getting to know members and recruiting new ones. She was elected to the EdTA Board of Directors in 2012 and became vice president of the organization, preparatory to a term as president, in 2015.

Ms. Corbin is passionate about providing opportunities to students who seek a sense of belonging, fostering young people’s love of theatre, and promoting the fine arts in a fast-changing world. When she’s not on the road, she can be found enjoying life in her 1901 farmhouse outside Branson with husband Bob, enjoying visits from her children, and playing with her new granddaughter.

Nominator Jennifer Forrest-James writes, “The countless hours, energy, and financial contributions Debbie has sacrificed for students around the country are indeed admirable.” 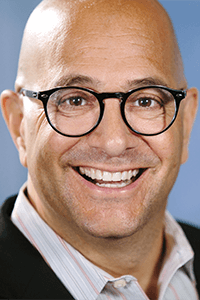 Dean A. Feldman began teaching theatre twenty-seven years ago in South Hampton, England. He later moved to Gwinnett County near Atlanta, Georgia, where he built a legendary theatre program, with shows selling out days in advance, repeated honors at state competitions, a rigorous slate of theatre arts classes, and families moving into the district so their children could take part.

Mr. Feldman is a graduate of Indiana University with a B.A. in theatre and a master’s in directing. Besides teaching theatre, he heads the Peachtree Ridge High School Arts Academy as its department chair, and in the summers he has organized and directed performing arts camps for elementary and middle school students. He has won the Teacher of the Year award three times, been inducted to the Georgia Thespian Hall of Fame, and won multiple regional and state one-act play competitions. He has presented workshops on diverse theatre topics and directed more than 130 productions. Fifteen of his former students have become theatre teachers, and several dozen more have performed on Broadway, in the movies, on television, or in professional theatre around the United States or in Europe.

Nominator and fellow educator Bernadette Scruggs wrote of Mr. Feldman’s work: “He uses every second of time, he constantly incorporates new innovations, he is exciting and energetic, his depth and breadth of knowledge are quite extraordinary, and he can work with anyone and everyone,” she writes. “Dean Feldman is what we would like all of our students to be: a lifelong learner… and because he is an exceptional leader as well as educator, he passes this spark along to others.” 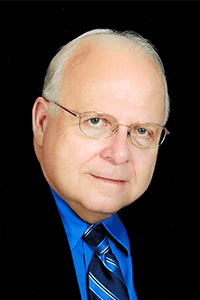 After graduation from Alma College, Mr. Hamilton began his career in 1964 at Flushing High School, starting as a forensics coach and director of the school plays. Although he had many winning debate teams, it wasn’t long before theatre became his prime interest. While continuing his own education in theatre at Oakland University and the University of Michigan–Flint, he built his school’s curricular program from one speech class to a full range of courses, including acting and technical theatre. In 1974, he chartered Thespian Troupe 2829, which he still directs. He led the Michigan chapter from 1986 to 1993 and again from 1996 to 1999. He started the Michigan Junior Thespian Festival in 2011.

Over the years Mr. Hamilton has directed 136 productions. Four have been selected for performance at the International Thespian Festival. He was named Flushing Area Chamber of Commerce Educator of the Year in 1997 and an outstanding teacher in 2003. In 2007 he was inducted into the Michigan Educational Theatre Hall of Fame, and in 2014 he was honored for an extraordinary fifty years of service to Flushing Community Schools. Retired from the classroom after forty-two years, he continues to direct plays and a musical each year.

“Mike has truly dedicated his life to the teaching of young people and sharing the love of the arts with them,” wrote superintendent Timothy Stein. “In everything he does, Mike Hamilton demonstrates why theatre programs are a critical part of the high school experience.” 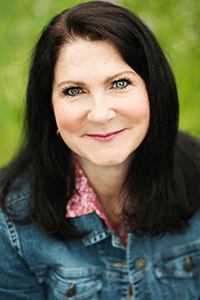 CJ Hindman is the theatre director at Westview High School in Beaverton, Oregon, home to Thespian Troupe 5350—a role she’s pursued with passion from an early age. She knew she wanted to become a drama teacher ever since fourth grade at Vegas Verdes Elementary School in Las Vegas, Nevada, where a teacher named Alice Geil brought learning to life in the form of staged plays and puppet shows.

Educated at Western Oregon State College, Ms. Hindman majored in theatre and language arts and graduated with a B.A. in secondary education. She recently completed her master’s degree in theatre studies at Southern Oregon University, focusing on production and design.

Ms. Hindman was given the opportunity to create a theatre program from the ground up when, Westview opened in 1994, and over her two decades’ tenure the troupe has earned a reputation for excellence. She and her students have been very active in the Oregon State Thespian organization: she served on the state board for four years before being elected as the Oregon Thespian chapter director in 2003, serving an eight-year term. She is past president of the Oregon Theater Arts Association and recipient of the Melba Day Sparks Career Achievement Award, the Rex Rabold Memorial Award, the Rae Mona Reynolds Humanitarian Award, and the Beaverton School District Golden Apple Award.

“CJ has always been such a generous leader—not only giving of her time but also sharing wisdom with new teachers and costumes, props, etc. with other schools,” Lana Hagan wrote in her nomination. “She is a true ambassador for theatre education in her state and beyond.” 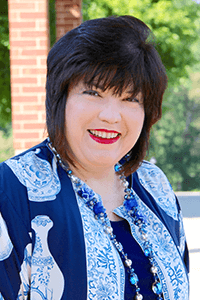 Never happier than when surrounded by piles of fabric or par cans, Kimberly Staples is a thirty-two-year theatre director and educator.

She made her stage debut at the age of four in a production of Babes in Toyland at the Apple Tree Theatre—and she hasn’t stopped since. Kimberly began her teaching career at Rabun County High School in Tiger, Georgia in 1983, after earning a B.A. in English and Spanish. She’s since earned a master’s degree in directing from Roosevelt University in Chicago and has launched and developed several successful school and community theatre programs along the way.

Ms. Staples is the theatre director at Buford (Georgia) High School, serving on the school’s administrative team as chair of the fine arts department. She directs Thespian Troupe 2971 and Junior Thespian Troupe 89015. Kimberly’s passion for student leadership drives her work as adult liaison for the Georgia State Thespian Officers as well as on the adult advisory board for the International Thespian Officers. A five-time Teacher of the Year and a two-time STAR recipient, she was named to the Georgia Thespian Hall of Fame in 2011.

“Kim Staples is a unique, hardworking, and exceptional educator who continues to be recognized by her co-workers, administrators, fellow directors, parents, and students as one of the very best around,” writes nominator Cece Conrath. “She is firm, with incredibly high expectations, but she has a tremendous heart and supports and fights for her kids like the maternal dynamo that she is.… She offers her students the solid education in theatre and technique that they long for but additionally offers them life lessons that are immeasurable.”