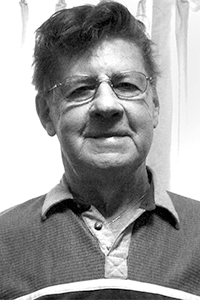 During the course of his long career in theatre education, Larry Daw taught theatre, directed plays, and coached speech events in the town of Agana, Guam, and in Milton-Freewater, Eugene, and Tigard, all in Oregon. He directed 125 high school productions, and his Thespian troupe at Tigard High School was named one of the top three troupes in the state for twenty-five years in a row.

Mr. Daw was a Thespian troupe director for thirty-five years and he served the Educational Theatre Association as Oregon chapter director (twice), EdTA regional director, and as a member of the EdTA Board of Directors.

Among his many honors: the Melba Day Sparks Henning Award for outstanding achievement; Tigard High School Teacher of the Year and Tigard School District Teacher of the Year; and the Rae Mona Reynolds Humanitarian Award. He’s listed in Who’s Who Among America’s Teachers. 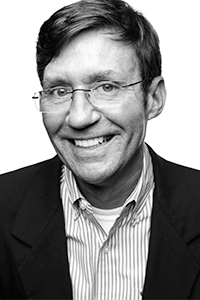 Kerry A. Onxley is the artistic director of the Children’s Theatre Company in Lake Charles, Louisiana, home to Thespian Troupe 5701, offering arts education and performance opportunities to young people age five to eighteen. He has also served as theatre specialist for the Calcasieu Parish School Board for the past twenty-seven years.

Mr. Onxley was a leadership coach for the Educational Theatre Association for eight years, and EdTA’s chapter director for Louisiana for eleven. He chaired Louisiana’s annual Thespian conference and has been a state evaluator for Louisiana’s Talented Arts Program for ten years.

A theatre graduate of McNeese State University, in 2012 he participated in the Juilliard School’s Directing Workshop for Theater Educators. He chaired a Louisiana Department of Education committee on theatre arts. He is a recipient of the 2009 Arts and Humanities Citizen of the Arts award, 2010 Times of Southwest Louisiana Patron of the Arts, and the 2014 Delta Kappa Gamma-Alpha Gamma Chapter’s Excellence in Education Award for Outstanding Teacher. In 2008 he was inducted into the Arkansas Thespian Hall of Fame, and he has been named Regional Teacher of the Year for the state of Louisiana. In 2012 he was selected for the American Idol Mentor Award by American Idol runner-up finalist Joshua Ledet.

Shelly Appleby wrote in her Hall of Fame nomination: “I look to Kerry as an example and mentor of what a true leader is. I am looking forward to seeing what I will learn from him tomorrow.” 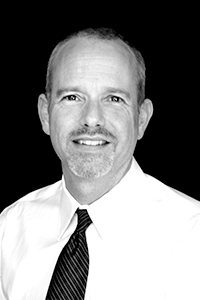 Fresh out of Western Oregon State College with an undergraduate degree in secondary ed (double major in language arts and theatre arts and a minor in music), Scott Walker landed his first full-time teaching job at Milwaukie (Oregon) High School in 1992. He’s still there.

As the only adult responsible for the school’s extracurricular theatre arts program, Mr. Walker immediately saw the value of a network of peers, and he became involved in Oregon Thespians that same year. By 1997 he was a member of the Oregon Thespians board, and he has served as a board member off and on since then, including serving as EdTA chapter director from 2001-03. He also served as president of the Oregon Theatre Educators’ Association from 1999-2001, during which time Portland hosted the EdTA National Conference.

In 2007, he completed his M.F.A. in theatre at the University of Portland and, that same year, helped to charter Milwaukie Academy of the Arts, a public charter school housed at and cross-enrolled with Milwaukie High School. His school has hosted Oregon’s Improvisation Festival and Regional Acting Competition multiple times.

“I have seen my program wax to a full-time theatre position and wane to its low of one all-inclusive drama class,” M. Walker wrote of his years at Milwaukie. “Having just completed my twenty-second year of teaching theatre at Milwaukie High School, I plan on being there until I decide to retire.”

“Scott’s intense passion for theatre education, his students, and his peers is why he is my hero,” wrote Zena in his Hall of Fame nomination. “And hero to so many others.”