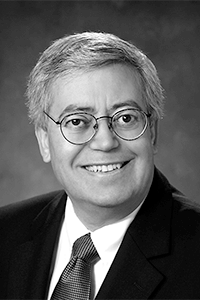 Mr. Bluestein is a past winner of the American Theatre Association’s John C. Barner Award, a national award given annually to one secondary school teacher whose theatre program is judged to be exemplary. He has served as an arts advisory panelist for the National Endowment for the Arts and on the College Board Arts Advisory Committee, the Council of Chief State School Officers, and the Tennessee Arts Commission. He is a former president of both the Tennessee Alliance for Arts Education and the Germantown Arts Alliance. He serves as executive director for the Tennessee Shakespeare Company and managing director of the Tennessee Arts Academy, a nationally recognized statewide teacher training institute located in Nashville. The National Conference of Christians and Jews presented a community service award to Mr. Bluestein for his accomplishments in education.

Recently retired, Mr. Bluestein served for thirty-seven years as the chairman of the Germantown High School Fine Arts Department. He was the founder and artistic director of the school’s theatre, the Poplar Pike Playhouse, and also served as executive producer for the school’s award-winning, three-million dollar educational television facility. In 1984, he helped the Germantown High School Department of Fine Arts become one of eight secondary schools in the nation to be chosen to receive the prestigious Rockefeller Brothers Fund Arts in Education Award.

Mr. Bluestein has served as a director of shows at Opryland, and most recently wrote and directed the national touring production of Beale Street Saturday Night starring blues legend Joyce Cobb. He is a frequent speaker and writer on arts-related issues. 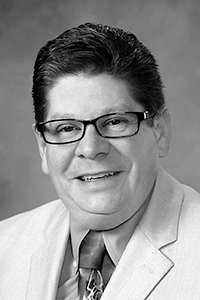 Mr. Nienhueser began his teaching career in 1984 at McCook Junior High, and in 1986, he added the high school theatre and speech classes. In 1993, he became the director of theatre at Papillion-La Vista High School, where in 2003 he opened the Titan Theatre. He then formed the Papillion-La Vista Community Theatre with the help of several other community members. Now in its seventh year, the organization provides live theatre to the Papillion, La Vista, and Omaha areas. Mr. Nienhueser serves as artistic director and producer.

Mr. Nienhueser was inducted into the International Thespian Society in 1977 and Alpha Psi Omega in 1984. Additional honors and offices include Outstanding Young Man of America, Who’s Who in American Teachers, Nebraska Theatre Teacher of the Year, Nebraska Thespian Service Award, Nebraska state Thespian director, finalist for the Wilson National Mentor Award for Outstanding Theatre Educator, and Theatre Arts Guild of Omaha Educator of the Year. At the time of his Hall of Fame induction, he was in his thirtieth year of teaching. He met his wife Kaylene in 1977 during their high school production of Carousel. They have been married for twenty-nine years. 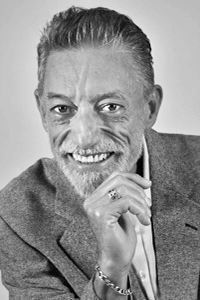 Robert Singleton became an active Thespian at Balboa High School in the former Panama Canal Zone. He was later elected president of his Thespian troupe. He continued in theatre at the Canal Zone College, only taking a break to study music in southern Germany. After returning to the United States, he picked up his theatre studies at the University of Texas at Austin, earning a B.A. and an M.F.A. in drama education. The High School for the Performing and Visual Arts (HSPVA) in Houston, after noticing his work at Austin’s Anderson High School, recruited him to revamp their theatre program.

He continued at HSPVA with an active Thespian program for the next twenty-seven years. During that time, he also served on the summer theatre faculty of the University of Texas drama department. Now retired, he works on the executive board of the Texas Thespians and serves as a Thespian Festival adjudicator. He also judges play contests throughout Texas.

Mr. Singleton’s honors and awards include the Texas Excellence Award from the University of Texas, Houston Independent School District Teacher of the Year, City of Houston Mayor’s Teacher’s Day Excellency Award, Rotary Club of Houston’s Teacher of the Year, the Founders’ Award from the Texas Educational Theatre Association, and the Texas Thespian Hall of Fame. He is a board member of the National Board for Professional Teaching Standards and an award recipient and emeritus member of the Texas Educational Theatre Association. He was honored with a City of Houston Proclamation naming August 10, 2004 (the day of his retirement) Robert M. Singleton Day. 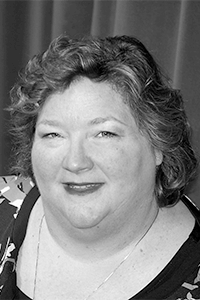 Leslie Moon Van Leishout feels the most exceptional production of her life is her family: her husband of thirty-three years, their six grown children, and a grandson.

Ms. Van Leishout holds a B.A. in theatre education with six teaching endorsements and an M.A. in educational leadership with a principal certificate. She began teaching theatre in Utah in 1980. She then taught in California and then in Washington state, where she has lived for the last fifteen years. Throughout her career, she has worked with a variety of organizations including the Vancouver Film School and the Washington Shakespeare Festival. She is now the theatre education coordinator at Southern Illinois University.

She served as Thespian troupe director for River Ridge High School, co-chapter director of Washington State Thespians, and as a member of EdTA’s Advocacy Taskforce and the Individual Events Adjudication Rubric Committee. In 2010, she was named to the Washington State Thespian Hall of Fame. Her department at River Ridge was twice named outstanding high school theatre by EdTA.