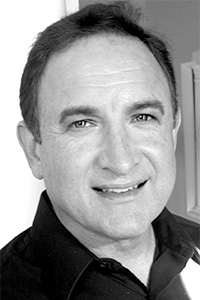 Donnie Bryan began his journey in secondary school theatre in 1980 as a professional actor, playing the role of Linus in a traveling production of You’re a Good Man, Charlie Brown. On that tour he led theatre workshops, and his experiences with students inspired him to become a teacher. He spent his last two years of college working toward certification. He earned degrees in theatre, studio art, and English, and taught in all three areas when he began at Russellville High School in Alabama in 1982—but soon the theatre program became his full-time pursuit.

In 1997 he began teaching at Deshler High School and worked with the Alabama Board of Education in Montgomery, researching and developing the state’s first comprehensive arts standards and curriculum and helping to train teachers and administrators on its implementation. In 2002, he moved to Florence High School, also in Alabama, which evolved into the town’s first arts magnet program. Over most of those years, from 1993 to 2004, Mr. Bryan led the Alabama Thespians as chapter director.

Then his career took him to Tennessee, where he has taught workshops at state conferences, adjudicated scholarships, and judged one-act play competitions. He also coordinated the Thespian scholarship program at the Thespian Festival for nine years. He moved to Nashville in 2008 to oversee the design and technical direction of Ensworth High School’s landmark venue, which opened in March 2009. He directs the school musical, sponsors an active Thespian troupe and technical theatre team, and was recently named chair of the Visual and Performing Arts Department.

He’s teamed up with the education staffs at Nashville Children’s Theatre and Bravo Creative Arts Center to develop more opportunities for area students, and he developed a networking system through which more than two dozen Nashville theatre groups and schools exchange tickets to fill empty seats and share props, sets, costumes, and support.

Described by friends as “a true Southern gentleman,” Mr. Bryan and his wife Joni have two grown daughters, Rachel and Amber. 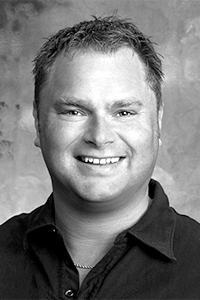 Bob Henrichs began his teaching career at Hastings High School in Nebraska. During his tenure there, he was elected vice president of the Nebraska Thespian board, spearheaded the effort to establish a new home for the International Thespian Festival at the University of Nebraska in Lincoln, his alma mater, and served as Nebraska chapter director.

In 1998 he became the youngest-ever vice president of EdTA. As the first two-year president of EdTA, from 1999-2001, he oversaw the change to the system of policy governance that the board still uses today. He served as the state treasurer of Nebraska Thespians for more than a decade, and later served as secretary.

Lincoln Southwest was the first Nebraska school to receive an EdTA Outstanding School Award, in 2006. Mr. Henrichs has been named Nebraska Theatre Teacher of the Year three times, and in 2010 was one of the first recipients of the ITS Outstanding Theatre Educator Award. Colleagues describe him as “a true educator who puts his students first,” one who “takes a very difficult and challenging curriculum and brings it to life for his students.” One former student, 2003-04 International Thespian Officer Jenna Christine Ferris, said, “To this day, I know I am a better performer, worker, leader, and teammate in life because of the discipline and passion Bob showed us.” 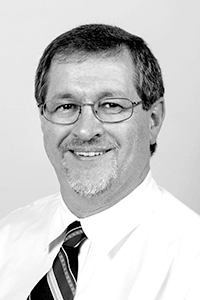 Ben Martin taught and directed educational theatre in Missouri for thirty-four years before retiring in the spring of 2010. He served in five different school districts, wrapping up his career with eighteen years in the Lee’s Summit School District, outside of Kansas City—and he taught thousands of students, while chartering two new Thespian troupes and reviving two that had lapsed. His students not only staged productions for local audiences, but also qualified for statewide tournaments, bringing home many awards over the years. Mr. Martin himself received Outstanding Teacher of the Year awards from the Lee’s Summit School District, the Speech and Theatre Association of Missouri, and Missouri State Thespians.

Mr. Martin served on the board of the Educational Theatre Association from 2009-12, and has spent four terms on the Missouri Thespians board, leading scholarship and advocacy programs. Fellow board members describe him as “a voice of reason” and “a constant source of wisdom for new and experienced teachers.” He has organized state conferences, presented scores of workshops, and directed a variety of productions featured at those events, including the 2001 Missouri all-state production of The Who’s Tommy. He has supported and advised other groups, including Kansas City Cappies, Kansas City Repertory Theatre, and The Heart of America Shakespeare Festival, and he’s president of a new community theatre, Summit Theatre Group.

Since retiring from teaching, Mr. Martin has focused his energy and passion on arts advocacy. He is a member of EdTA’s Advocacy Task Force, secretary for the Missouri Alliance for Arts in Education, a frequent speaker for the Metropolitan Kansas City Arts Council, and has served as Missouri State Captain at Arts Advocacy Day in Washington, D. C.

He is the husband of Roxanne Martin, choral director at Raymore-Peculiar High School, and father to two daughters, Mary Beth and Jennifer. 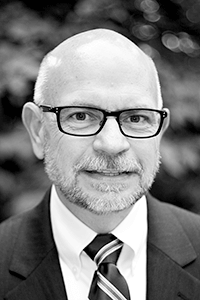 Frank Pruet “has a passion for living, teaching, sharing, and caring,” writes a fellow veteran theatre educator from the state of Georgia. Another calls him “a man of the highest integrity and character.”

Mr. Pruet taught theatre and English for more than thirty years and remains an active member of Georgia Thespians, serving, at the time of his Hall of Fame induction, his second term as chapter director. Before taking on that role, he coordinated the state college and Thespian Scholarship auditions, increasing the funds awarded annually to deserving seniors from a few hundred dollars to $22,500. He also created the Georgia Junior Thespian Conference, empowering a group of middle school troupe directors who now organize the annual event; at the same time, he helped move the Georgia Thespian Conference to a larger venue, where it has grown each year to nearly four thousand attendees. Mr. Pruet works with the Georgia High School Association as a resource and judge for the state’s one-act play competition, has served as an interview screener for the Governor’s Honors Program, and was a member of the National Association of Educators.

He also served as chair of his school’s improvement team, coordinating the development and monitoring systems of the school’s strategic plan and staff-development resources. He is a three-time STAR Teacher and was the 1990 school and system Teacher of the Year. 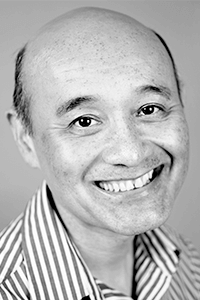 At the time of his Hall of Fame induction, Ruben Van Kempen—or “VK,” as his students like to call him—had taught and directed the theatre program at Roosevelt High School in Seattle,for thirty-three years. Many former students have gone on to careers on Broadway and around the world, in theatre, opera, music, film, and television; his own work as a director has been seen at the Edinburgh Fringe, Gates Performing Arts Center in Hawaii, the Village Theatre, Seattle Civic Light Opera, the Thespian Festival in Nebraska, Western Washington University, and Seattle Pacific University, among other professional credits. Favorite past projects include And Then They Came For Me: Remembering the World of Anne Frank, Crazy For You, 42nd Street, On Your Toes, Me and My Girl (which received The Seattle Times’ Footlight Theatre Award for best musical revival in 1993), Thoroughly Modern Millie, The School for Scandal, The Children’s Hour, Watch on the Rhine, She Stoops to Conquer, and the Northwest premiere of Good News.

Mr. Van Kempen received an Outstanding Theatre Educator Award from Seattle’s 5 Avenue Theatre. In 2011 he was inducted into the Washington State Thespians Hall of Fame, and in 2007 he received the Gregory A. Falls Sustained Achievement Award, for devotion of time, energy, and talent to Seattle’s theatre community. He was also honored with the first annual Ruben Van Kempen Arts Educator Award from the prestigious Intiman Theatre.

Colleagues describe him as “a true professional,” “the ultimate team player,” and “the nicest guy on the planet.” Mr. Kempen, for his part, credits his wife Myrnie and his two talented young adult children for their support.