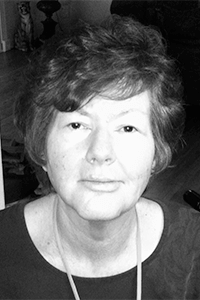 Debra Barnum held a B.A. from Adelphi University and an M.A. in directing from Roosevelt University. She worked as a theatre educator and arts advocate in Florida from 1985 to 2009, developing a top-notch theatre program at Dixie Hollins High School in St. Petersburg. She was a member of Florida State Thespians, Florida Theatre Conference, Florida Association for Theatre Education, Arts for a Complete Education, and the Southeastern Theatre Conference.

From 1988 to 1995, she served as the Florida Thespians chapter director. She organized a working board, revamped the state handbook, moved the state’s Thespian Festival to a professional theatre space in downtown Tampa, more than tripled attendance, and expanded the festival to three full days of student theatre events, including professional workshops and performances. Her leadership also shored up cash awards in technical theatre, college scholarship auditions, and valuable partnerships with Music Theatre International, Manhattan Tour & Travel, and Dramatists Play Service, among others.

At her own school she developed a career academy called Artech, directed mainstage productions at the state festival and one-act productions for the fringe festivals in Edinburgh and New York City. She prepared students for competition and auditions, and organized a district performance. As a board member of ACE, FATE, and FTC, she worked on developing and revising the Florida state and theatre education standards and the state assessment test. 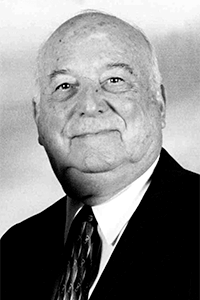 Rick Chudomelka began his teaching career in 1954 in Missouri public schools, chartering Campbell High School’s Thespian Troupe in 1960. During the next few years he directed thirty-three plays and ten musicals.

Mr. C, as his students called him, was named director of theatre at the Beebe Campus of Arkansas State University in 1965. As a one-man department he designed and directed 137 plays and musicals until his retirement in 1998. He often said his goal was not to create Broadway in Beebe, but to open doors to a whole new world for young people.

Mr. Chudomelka’s interest in the classics inspired him to found the Arkansas Shakespeare Festival at the university in 1965. More than two thousand high school students from all over the state attend annually, many seeing their first live theatre production. A two-week residential summer theatre workshop for high school and college students as well as high school faculty was offered each summer from 1974 to 1989 and involved more than three hundred students and teachers.

In 1991, he began hosting the state Thespian Festival. He continued coordinating Arkansas’s festival through 2011, and has brought students to the International Thespian Festival since 1996.

Mr. Chudomelka’s work with the American College Theatre Festival earned him the Gold Medallion Award of Excellence from The Kennedy Center in 1977. He was honored as the charter member of the Arkansas Thespians Hall of Fame in 1998. He has also served as state director, twice, and on the Arkansas Thespian Board and on the EdTA territorial board. In 2006 he received the EdTA President’s Award.

In his own words: “I take pride in my humble accomplishments, but more pride in the accomplishments of hundreds of students that passed through my life. I am appreciative of my long association with EdTA and with the ASU-Beebe campus, where we built a million-dollar theatre two years before a new gymnasium.” 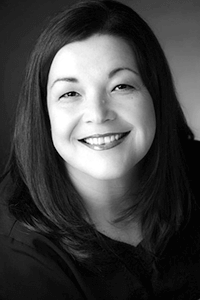 When Jan Shelton Hunsaker was in her first years of teaching, she says she saw the inductees for the EdTA Hall of Fame and thought, “Wow, they are so old and look so tired.” Now, she admits with a laugh, she is one of those old, tired teachers.

Ms. Hunsacker earned her B.A. from Southern Utah University in 1989 and finished her M.A. at the University of Utah in 2011. She began her teaching career in 1987, working for the United Nations High Commission for Refugees. Since then she has had the opportunity to teach for twenty-three years—in junior high and high schools, with Vietnamese refugees, with the Navajo nation, and for a year in Japan. She has taken drama programs that were almost extinct and revitalized them. A program she revived in just three years won a state championship in drama, and a few of her students accepted theatre scholarships to universities across the country. She was twice recognized by the Utah Speech Arts Association as the drama coach of the year. In 2001, she was also recognized as the Alpine School District’s teacher of the year. She is currently the artistic director at Tuacahn High School for the Performing Arts in southern Utah.

Under Ms. Hunsacker’s leadership, Tuacahn has received EdTA’s Outstanding School Award. She has been involved with EdTA as a troupe director for more than eighteen years. She has served as vice president of the Utah State Thespian board, and on the Utah Advisory Council for Theatre Teachers state board. Her husband is also a drama teacher, and both serve on the Utah Chapter Board. 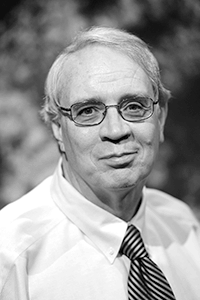 Tom McNally has worked as a university professor and professional director and actor for more than forty years. At the time of his Hall of Fame induction he was the coordinator of acting and artistic director of the Little Theatre of the Rockies at the University of Northern Colorado, where he’s been since 1988. From 1981 to 1988, he was an M.F.A. acting teacher and coordinator of undergraduate studies at Penn State University, and from 1974 to 1981 he was a professor, chair, and artistic director of the May Bonfils Center for the Arts at Loretto Heights College in Denver.

Mr. McNally holds a B.A. from Denver’s Regis Jesuit College and an M.F.A. from the University of Denver. In addition, he has extensive training in the New York City studio system with such giants as Uta Hagen. He considers his mentors to be Jagienka Zych and Helen Moraska of Poland’s Warsaw Academy.

Mr. McNally’s primary teaching areas have been acting and directing. He has directed and acted in more than two hundred productions. He first served EdTA as a guest artist at the International Thespian Festival in Muncie, Indiana. Since that time, he has presented a remarkable three hundred workshops for EdTA members and Thespians in some sixteen states. He is a seven-time presenter at EdTA’s annual National Conference for teachers and has given sixteen keynote addresses at the National Conference and other EdTA events. In 1992, he was presented EdTA’s Founders’ Award.

He is the author of Acting: The Active Process. He lives in Greeley, Colorado, with his wife Sheila, and is honored to call his daughter Gillian, a national and international youth theatre professor, a colleague. 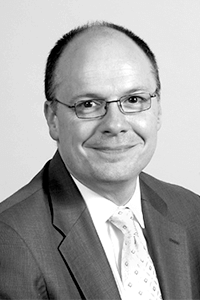 Jerry Smith, Jr. says he has been in educational theatre since a crazy lady found him in the halls of his high school and put him onstage. (This was, he adds, during his long-hair period.) That educator was Linda P. Wise, whom Mr. Smith inducted into the EdTA Hall of Fame posthumously in 2006.

Since that fateful day, Mr. Smith has enjoyed a long run in theatre and arts education. He has served for some eighteen years on the Georgia Thespian board, was an inaugural EdTA leadership coach, and has been vice president/president of the EdTA Board of Directors. He has been inducted into the Georgia Thespian Hall of Fame. He developed the Salem High School theatre program, Troupe 5120, from its creation in 1991 to 2008, when he joined the ranks of administration.

He now serves as principal of Luella High School in Locust Grove, Georgia, and still resides happily in Conyers, Georgia with his three cats, Ado Annie, Asphalt, and Callie.

He says none of this would have been possible without the continuous love and support of his parents, Jerry and Ollie Smith, as well as many wonderful friends and peers.