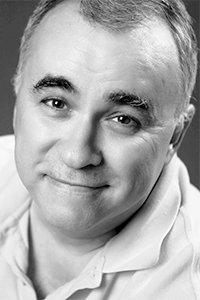 Max Brown began his high school theatre teaching career in 1974 and joined the faculty at Blue Valley North High School when the school opened in 1985.

He has served on the Kansas State Department of Education Theatre Curriculum Revision committee, the Kansas City Repertory Theatre educational advisory board, and the Jellybean Conspiracy theatre executive board. He developed the Kansas Theatre Teacher’s Workshops and was nominated for the Kansas Master Teacher award several times. He was inducted into the Kansas Thespians Hall of Fame in 2006.

Throughout his teaching career, Mr. Brown has led many theatre teacher workshops and worked as an actor and director in Kansas City. In 1984, while working as the assistant to the production stage manager at Kansas City’s Starlight Theatre, he established the company’s high school and college internship program which continues today.

Mr. Brown produced one of the first high school productions of The Laramie Project. When a group of individuals tried to cancel his production of Equus and remove the script from the high school library, Mr. Brown championed an anti-censorship campaign involving the American Civil Liberties Union and People for the American Way. 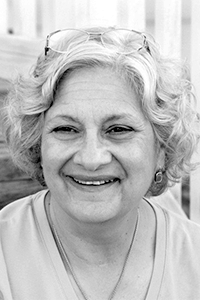 If you don’t count bullying her childhood playmates into performing at block parties, Anita Grant directed her first “real” play while she was Thespian Troupe 113 president at Niles North High School in Skokie, Illinois. Later, she was part of a group of precocious speech and drama education majors at the University of Illinois at Chicago who founded a theatre company. They cut rehearsal to protest at the 1968 Democratic convention. Three seasons of teaching and directing in church basements and vacant restaurants began her career in educational theatre.

After moving to Houston in 1971, Ms. Grant was a full-time mom and part-time actor, creative drama teacher, and non-profit organization volunteer leader.

In 1978, she began working in the cultural and performing arts department at the Jewish Community Center in Houston. She coordinated classes in dance and music, taught theatre classes, directed performing arts camps, and produced and directed the center’s plays.

From 1987 to 2007, Ms. Grant was theatre director and sponsor of Thespian Troupe 3689 at Clements High School in Sugar Land, Texas. She worked with area teachers to develop, and later revise, the district theatre arts curriculum. She was chair of the fine arts department from 2005 to 2007 and twice nominated for campus teacher of the year. 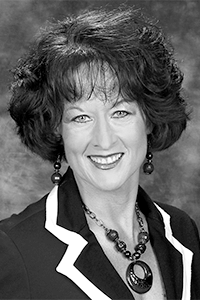 Elizabeth Hansen was born and raised in southwest Iowa. Among her first theatre experiences was appearing in a Christmas pageant under the direction of a future Miss America, Rebecca Ann King. As a freshman at AvoHa High School, she was cast in D.H. Lawrence’s The Rocking Horse Winner, learning a Scottish accent for the role. In 1976, during her senior year, she was named outstanding performer of her Thespian troupe.

At Iowa State University, Ms. Hansen planned a career in arts advocacy until a theatre education professor persuaded her to give teaching a try. She taught seventh grade in Fremont, Iowa for two years, becoming the school’s speech coach and assistant theatre director. After a three year hiatus in North Carolina with husband Jay, she returned to Iowa and was hired to teach eighth-grade language arts in Grinnell. She chartered Thespian Troupe 4274 in January, 1988 and moved from eighth grade to the high school, where she teaches speech, drama, mythology, and television production.

In March of 2007, Grinnell High School opened a brand-new auditorium, giving GHS students a permanent home for theatre. After spending twenty years in a community center auditorium, finally having a place for students to call home has been one of Ms. Hansen’s greatest accomplishments.

She shares directing and Thespian troupe duties with her former student and GHS colleague Michael Hunter. Together they directed The Laramie Project, the 2010 Iowa Thespian all-state show.

Ms. Hansen served as an Iowa High School Speech Association (IHSSA) district officer from 1993 to 1995 and on several IHSSA committees. She was Iowa Thespian chapter director from 1997 to 2004 and was inducted into the Iowa Thespian Hall of Fame in 2004. 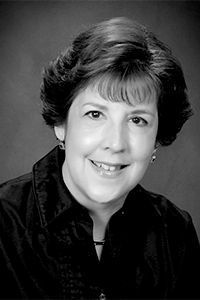 A native of Bergen County, New Jersey, Pat Santanello holds a B.A. in broadcasting, a B.S. Ed in theatre, communications, and English education, and an M.A. in theatre education/hearing disabilities from The Ohio State University. She has been a member of the Ohio Educational Theatre Association’s Board for seventeen years and is a former EdTA board member and leadership coach.

She has served on the board of directors for the Contemporary American Theatre Company and at the time of her Hall of Fame induction was working with a group of theatre professionals to create a new Equity theatre company in Columbus, Ohio.

She was honored to receive the Ashland Teacher Achievement Award in 1995, the Iota Lambda Sigma Distinguished Service award in 2003, and is a 2003 Fulbright Memorial Scholar. She is a four-time honoree in Who’s Who Among America’s Teachers. From 2007 to 2009, Ms. Santenello was one of twelve Ohio theatre educators who participated in EdTA’s action research project, Critical Links.

Ms. Santanello was in her fifteenth year as director of theatre and troupe director of Thespian Troupe 5440 at Dublin Scioto High School in Dublin, Ohio at the time of her induction.