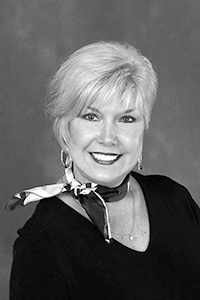 Gail Burns has devoted more than thirty-five years to teaching theatre in Arkansas. In 1986 she chartered Thespian Troupe 4089 at Rector (Arkansas) High School, and continued to serve as its troupe director at the time of her Hall of Fame induction. She also chartered Junior Thespian Troupe 88539 at Rector Middle School. In a school with only 350 students, she is able to produce five shows each year.

Over the years Ms. Burns expanded a single speech class into a four-year theatre program. She later developed a county-wide program in which pupils at area schools study preparation materials before attending a theatrical production at her school.

Ms. Burns’ students were selected to perform at the Governor’s Education Expo for Bill Clinton, the Edinburgh Festival Fringe, an early show at the 2005 International Thespian Festival, and on the Festival main stage in 2006.

For EdTA, Ms. Burns served as a member of the Board of Directors, a territorial director, and chapter director of Arkansas. She was also a member of the board’s nominating committee and scholarship chair for the International Thespian Festival. From 2005-07 she served as EdTA president.

In addition to teaching classes on speech communication and gifted and talented programs, she served as Rector High School’s economic coordinator, economic team leader for state teams, Quiz Bowl leader, and chess tournament coach. She was inducted into the EdTA Arkansas Hall of Fame in 2000 and named State Teacher of the Year by the Wal-Mart Foundation in 2002. 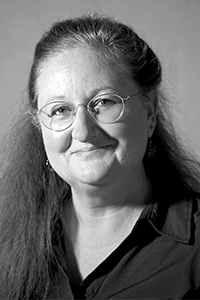 Krista Carson Elhai’s distinguished theatre teaching career was at twenty-six years and counting at the time of her induction into the EdTA Hall of Fame. She is the department chair of the visual and performing arts department at Claremont (California) High School, where she has taught since 1994.

Ms. Elhai chartered Thespian Troupe 4015 in 1986 at Hemet (California) High School, which she directed for ten years. She is the troupe director of Troupe 2129 at Claremont. Her students have performed at several California Thespian conferences and at the 1997 International Thespian Festival.

As co-chair of the Claremont Unified School District arts committee, Ms. Elhai created a standards-based, long-term K-12 district arts plan for training staff, developing curriculum, and funding lesson plans. She also has served on the CUSD budget committee since 1997. She co-authored a grant to implement an arts major program at Claremont that brings in guest artists, many of whom are graduates of the program, to conduct Q&As and lead master classes, giving students an opportunity to interact with professionals in the theatre field.

She has been a member of the California Educational Theatre Association since 1987, She was named a finalist for the Music Center Bravo award in 1999 and 2001 and received the Scott Newman Award in 1992.