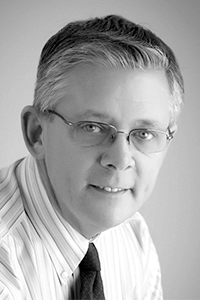 Jonathan Gillespie’s talent for rescuing ailing theatre programs was apparent early in his career. As an undergraduate at Michigan State, he was assigned to student teach at Pontiac Northern High School, in a district that had survived a contentious desegregation. Mr. Gillespie led his students through a challenging production that brought students together after they confronted their own prejudices.

After graduation, Mr. Gillespie assumed the artistic director position at the Dillard School of Performing Arts in Fort Lauderdale, Florida. This position, too, was a challenge: racial strife and political infighting plagued the school, and staff members had resigned in protest. Over a nine-year period, Mr. Gillespie rebuilt and stabilized the program.

A few years later Mr. Gillespie was hired by the Warren Consolidated School of Performing Arts in Sterling Heights, Michigan, to save their threatened theatre arts program. He jumped in with curriculum changes that bore quick results, one of which was a powerful staging of The Diary of Anne Frank. Under his guidance, Warren Consolidated has doubled in size, and its district has invested over $7 million in a state-of-the-art performance venue and teaching facility. He also reactivated the school’s Thespian troupe.

Ms. Hancock’s influence reached beyond her classroom: she always had time for students from other schools, whether helping on an audition monologue or giving advice on college options. She went out of her way to mentor new and struggling teachers by sharing lesson plans, helping with play selection, and critiquing their work.

Additionally, she served as Florida Thespian District VIII chair in the 1970s, and Florida chapter director from 1977 to 1980.

Even after officially retiring nearly thirteen years before her induction into the Hall of Fame, Ms. Hancock continued to adjudicate individual events and one-acts for the Florida Theatre Conference, Florida State Thespian Festival, Southeastern Theatre Conference, and International Thespian Festival. She was a guest lecturer at the University of Miami and worked with non-theatre majors there. She also conducted workshops and was a member of the Florida conference main stage screening committee. 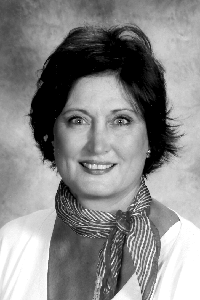 Patricia Lee Hitchler’s first theatre experience was as the choreographer for her high school production of The Music Man. Originally on the pre-med track in college, she switched majors and earned a Bachelor of Arts degree in speech and drama and a Bachelor of Science in education at the University of Missouri.

Ms. Hitchler began teaching at Olathe (Kansas) East High School in 1992; she chartered Thespian Troupe 5078 that same year, and was still directing the troupe at the time of her induction into the Hall of Fame. She also directed Thespian troupes at Northglenn High School in Denver and Olathe North High School. Her troupe performed Love by the Bolt on the Thespian Festival main stage in 2006, and received the Gold Troupe Award from the Kansas State Thespian Society from 1991 through 2004. The troupe has appeared on the Kansas State Thespian Conference main stage six times.

Ms. Hitchler wrote the Olathe district curriculum for theatre and created the Theatre Endorsement Program, in which students choose an area of emphasis in theatre performance or technical theatre and prepare a portfolio that they present in their senior year. She established a festival that continues to produce up to eight student-written, student-directed one-acts each year.

Olathe East received the EdTA Outstanding School Award in 2000, and Ms. Hitchler has been awarded four Innovative Teaching Grants and was a Children’s Theatre Foundation of America nominee in 2002. 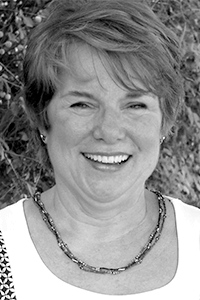 Madelon Horvath’s association with EdTA began when she found out about the Ohio Thespian Conference in 1981. She took her students to the conference, and as she puts it, “I was hooked.”

A teaching veteran of more than twenty-five years, Ms. Horvath has always fought for the arts. She has defended her school’s theatre electives from being eliminated, written grants to fund guest instructors, and persuaded school administrators to hire additional drama department staff.

She was the director of Troupe 1784 at Chardon (Ohio) High School from 1980 to 1999, and continued to contribute at the time of her induction as co-director of the troupe. She is fondly called “Mama H” by students.

Ms. Horvath was a member of the Ohio Thespian board for ten years, including a term as chapter director, and later as regional director. She also worked as a leadership coach with chapter directors to improve their leadership and programming. She served on the EdTA nominating committee, and directed for Thespian Playworks at the International Thespian Festival several times.

Inspired by an EdTA workshop, Ms. Horvath started a Leadership Camp at Chardon for Thespian Officers (and other leaders at school), where they received training in leadership and planning for two days. It became an annual event and was highlighted at the Ohio School Board Convention. 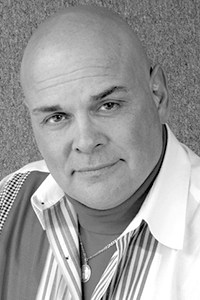 The road map of Terry McGonigle’s career in theatre education crisscrosses the United States, from Kansas to Georgia to Nevada.

He earned a bachelor’s degree in communications and theatre arts from Southwestern College in Winfield, Kansas and a master’s in technical theatre and design at Emporia State University, and then taught at several Kansas high schools. He served as Kansas Thespian chapter director from 1984 through 1988.

At the time of his Hall of Fame induction Mr. McGonigle was teaching and directing technical theatre and costume design at the Las Vegas Academy of International Studies and Visual and Performing Arts and was a member of the Nevada Thespian state board.

He was named Georgia Youth Arts Educator of the Year in 1999, and has been inducted into both the Kansas and the Georgia Thespian Halls of Fame.