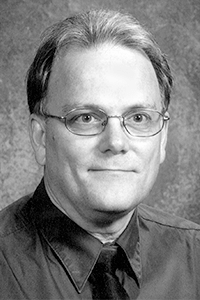 After observing him conducting a workshop with high school students, one of Chris Bundy’s Indiana University instructors told him that “teaching the arts is going to be your passion.” This was truly prophetic: Mr. Bundy has spent over thirty-two years teaching theatre at four different schools, and has acted, directed, designed, or produced more than three hundred productions.

Mr. Bundy started his teaching career at West Washington High School in Campbellsburg, Indiana. The school had no theatre program and only a small, poorly equipped cafeteria stage. Within six years Mr. Bundy established six theatre classes and added a new studio theatre classroom and a second larger stage. The school’s Thespian troupe, one of several Mr. Bundy chartered over his career, was also invited to perform on the main stage at the Thespian Festival. The theatre department became as popular as the sports program, something unheard of in a small rural school at the time.

In 2001 and 2004 his students at Floyd Central High School, Floyds Knobs, Indiana were invited to perform at the Edinburgh Fringe Festival. In preparation for staging a musical based in nineteenth century Edinburgh, Mr. Bundy brought in a guide and historian from Scotland to assist with the dialect and accents. The end product was a show that was well received within the Edinburgh community, and as a result his students formed a bond with the residents, which provided a unique educational experience for them.

Mr. Bundy brought eight shows to the Thespian Festival main stage beginning in 1982, and for many years he directed the sponsor auction at the Festival to raise scholarship funds.

Mr. Bundy served as Indiana state Thespian director and on the EdTA governing board.

In recognition for his work, Mr. Bundy has received several awards and honors, including being named an Artist of the Century, a Lilly Teacher Creativity Fellow, and a Project e finalist. 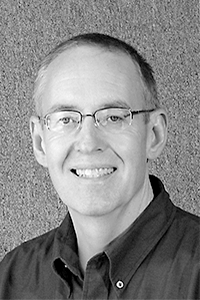 Glenn Edwards taught theatre for more than thirty years, twenty of those at Floyd Central High School in Floyds Knobs, Indiana, and then at the Las Vegas Academy of International Studies, Performing and Visual Arts. He directed nearly 150 productions in his career.

Mr. Edwards joined the International Thespian Society in 1979, chartering a Thespian troupe at Floyd Central. His work with Floyd Central and two other Indiana schools, all within ten miles of each other, planted the seeds of a strong and enduring theatre arts presence in southern Indiana schools.

Extremely active in ITS, when he was inducted into the Hall of Fame in 2006 Mr. Edwards had attended every Thespian Festival for the previous twenty-seven years except for the year he relocated to Las Vegas. He directed ten main stage shows at the Festival, beginning in 1983. In 2005 he directed the Thespian national cast production of Ragtime School Edition to cap off EdTA’s seventy-fifth anniversary celebration. Mr. Edwards also served as the Indiana state Thespian director and ITS territorial director. He adjudicated for EdTA for twelve years and worked as the technical coordinator for five Thespian Festivals.

Mr. Edwards was appointed to the Indiana governor’s Fine Arts Advisory Board and named the Indiana Theatre Association’s Theatre Educator of the Year in 1991. He is known to his former students for his work ethic and his ability to lead by example by raising the bar for the level of professionalism.

Colin Hurd, a former student who became captain of Blue Man Group, recalls how Mr. Edwards accompanied him to New York for his college auditions. While there, Mr. Edwards bolstered Mr. Hurd with his support and made sure he got to the auditions on time; two months later Mr. Hurd was accepted into the North Carolina School of Arts program. When Mr. Edwards brings his students to see Blue Man Group on visits to New York, Mr. Hurd is reminded of “how my life has been shaped for the better because of him.” 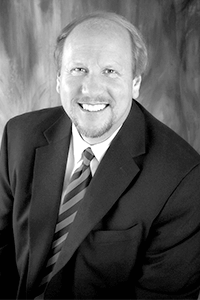 Craig Ihnen worked in education more than twenty-five years and directed some 150 theatrical productions during his career. From 1982 through 1994, Mr. Ihnen was a teacher, director, and coach at Le Mars High School, Le Mars, Iowa where his students were frequent award winners at the Iowa High School Speech Association all-state festival.

Since 1994 Mr. Ihnen has served as the executive director of IHSSA, which oversees speech, theatre, and debate activities for over 48,000 students and 492 member schools in the state of Iowa.

Over the years Mr. Ihnen has shaped IHSSA into an organization that is admired throughout the country. He united IHSSA with other major Iowa theatre and speech organizations to work together to achieve common goals and implemented a very successful online registration system that serves more than three hundred schools.

Mr. Ihnen’s work with EdTA includes serving as a leadership coach beginning in 1999 and as a member of the National Individual Events Showcase national committee since 2004.

Mr. Ihnen’s legacy lies in the lives he has touched. A former student, B.J. Schuller, remembers how Mr. Ihnen convinced him to sign up for his speech class and would not take no for an answer. Mr. Schuller capitulated, and the previously indifferent student eventually made the honor roll, later following in Mr. Ihnen’s footsteps and becoming a high school drama and speech director himself. 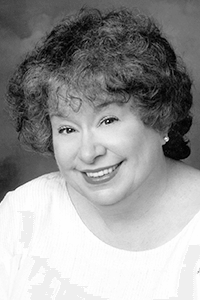 Before her death in January 2006, Linda Wise taught high school English and theatre for forty-two years, twenty-two at the Woodward Academy Upper School in College Park, Georgia, where she served as the chairperson of the performing arts department. She was described in her obituary in the Atlanta Journal-Constitution as the “reigning grande dame of high school theater in metro Atlanta.”

Ms. Wise’s former students include Academy Award winner Holly Hunter and many others who went on to pursue careers in the performing arts.

Inducted into the Georgia Thespians Hall of Fame for her work with Thespian Troupe 3423, Ms. Wise inspired and encouraged a number of her students to become teachers, including Jerry D. Smith, Jr. (who became president of EdTA) and Hylan Scott, who succeeded Ms. Wise to serve as the troupe director for Troupe 3423.

Ms. Wise was named Governor’s Honors Teacher in Theatre five times, and honored as Teacher of the Year for Rockdale County, Georgia.

Ms. Wise’s obituary notice in the Journal-Constitution included a quote from Rosemary Newcott, the Alliance Theatre’s artistic director of theatre for youth: “Linda was obsessively interested in her students and helping them learn about themselves and the world. She was perfectly capable of being a professional director, but she chose to stay in that world because she was committed to teaching.

“She was certainly great at all the technical stuff, but more than teaching how to project your voice and the whole craft of acting, she taught them how to delve into the human spirit.”