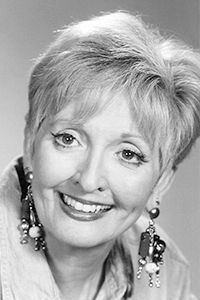 Beverly Moerbe, a native Texan, received her bachelor’s degree from Howard Payne University in Brownwood, Texas. She later earned a master’s from the University of North Texas and completed additional post-graduate work.

Not long before her induction into the Hall of Fame, she retired after teaching for forty-two years, twenty-six of them at Boswell High School, Fort Worth, Texas, where she was director of Thespian Troupe 1373.

Ms. Moerbe served as a director on the EdTA Governing Board from 1997-2000 and later as a leadership coach for EdTA. She hosted and conducted one-act play festivals for high schools for over twenty-five years and mentored new and inexperienced teachers. She was an adjudicator and contest manager for Texas’s University Interscholastic League’s one-act play competition.

Ms. Moerbe stressed the importance of charitable giving, by example, to her students. Beneficiaries included a New York fire company after 9/11, AIDS care programs, and U.S. troops in Iraq. Throughout her teaching tenure, the entire proceeds of one performance of the theatre department’s annual musical production were earmarked for a charity. Her troupe once “adopted” a two-year-old HIV-positive orphan named Chastity and raised over $15,000 to help pay the girl’s expenses.

Ms. Moerbe has been recognized with numerous honors, including being named Secondary Theatre Educator of the Year by the Texas Educational Theatre Association. She also received the Alma Slawinski Award from Texas Thespians, and was named Outstanding Teacher by the Texas Association of Curriculum and Supervision.

Ms. Moerbe summarized her approach: “In my forty-two-year teaching career, theatre was the tool I used to help students not necessarily ‘find themselves,’ but to create themselves, to discover the wonder of who they are and how they fit into the universe, to become more than they ever thought they could be, to love, to work, to aspire, to dream—to be.” 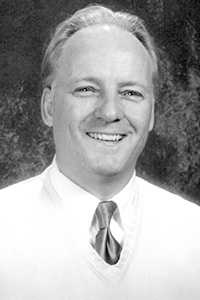 The focus of Dr. Phillip Moss’s career has been on theatre and theatre education. He received a B.F.A. in theatre performance, an M.F.A. in theatre direction, and a doctorate in art education, all at Wayne State University in Detroit.

Dr. Moss taught drama at University Liggett School in Grosse Pointe Woods, Michigan. After four years he became the theatre department chair, overseeing the dance, visual arts, and music departments. The theatre department expanded under Dr. Moss to offer drama to students from the third through the twelfth grades.

The ULS theatre program achieved national recognition with limited dollars and a small pool of students (the total student enrollment at the school is 650) under Dr. Moss’ guidance. Many people think of University Liggett as a performing arts school because of its frequent performances at the Michigan chapter Thespian conference and the Thespian Festival.

In addition to his responsibilities at ULS, Dr. Moss has served on the Michigan Educational Theatre Association board since 1992. His initial focus was on state and national funding for the arts and national initiatives with stated goals and objectives. His achievements in this area include developing performance standards for the State Department of Education and revising Michigan’s state goals and objectives in the arts.

He served for four years on the EdTA Governing Board as a director, and as vice president and then president from 1999-2003.

In the words of Meaghan Dunham, a theatre instructor at ULS, “Dr. Moss is on a lifelong mission to fight for theatre’s relevancy in a less-than-accommodating educational environment. He truly possesses a love of learning and a joy in seeing others do the same.” 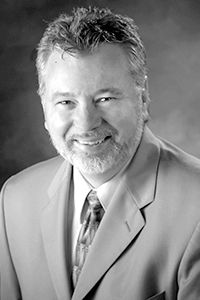 After graduating from the University of Northern Iowa, Mr. Myatt taught theatre and chartered a Thespian troupe at Burlington High School in Wisconsin. He returned to Iowa in 1985 and since then has taught theatre and worked as a speech coach at several schools. He is the theatre director at Pleasant Valley High School and the sponsor of Troupe 856.

Mr. Myatt expresses his belief in EdTA’s mission of lifelong learning in numerous ways, including annual performances by his students for district elementary schools, which are now part of the third grade curriculum in the Pleasant Valley School district. Mr. Myatt and his students also present an annual children’s show with student-run workshops that cover basic theatre skills. And they offer a free performance of their school’s spring musical to the senior citizens of their community.

Mr. Myatt is also active at the state level: he served as secretary, vice president, and president for the Iowa High School Speech Association. He developed the approved curriculum for his acting and theatre arts classes, and with the Iowa State Theatre Arts Committee established a state curriculum called Iowa Framework for Theatre.

Mr. Myatt’s work for EdTA includes serving as the Iowa chapter director from 1990-92, serving concurrently as a member of the Board of Directors and International Thespian Officers adult liaison from 1996-1999, and serving as vice president and president from 2001-2005. He was part of a group that developed and reviewed theatre arts curriculum that led to the first set of national standards for arts education. 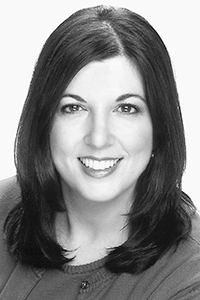 Dr. Mary Schuttler, who was inducted as a Thespian in the late 1970s, taught theatre from 1984-94 at Grosse Pointe (Michigan) South High School after graduation from the University of Michigan. At the time the school only had an after-school theatre program, so Dr. Schuttler created a theatre class during her second year there and eventually ended up teaching five theatre classes.

Members of her school’s Thespian Troupe 49 performed twice on the main stage at the Thespian Festival and the program was selected to participate in the Edinburgh Fringe Festival.

Dr. Schuttler moved to the University of Northern Colorado at Greeley in 1994, where at the time of her Hall of Fame induction she was a professor and the coordinator of theatre education. During her tenure at UNC, the theatre education program grew from fifteen to fifty majors over eleven years.

To help theatre education students at UNC transition from academia to the professional world prior to graduation, Dr. Schuttler created a network of contacts through the Colorado Thespian chapter. This arrangement eases students into their profession by having them participate in chapter activities while providing staffing support to the Thespian organization.

Dr. Schuttler was named favorite professor in 1996 by the UNC Mortar Board, received the 2001 UNC Award for Excellence in Faculty Service, and was selected Higher Education Theatre Educator of the Year by the Alliance for Colorado Theatre in 2001.

For EdTA she has served as a Michigan chapter board member, the Colorado chapter secretary, and EdTA Board of Directors vice president and president from 1996-1999.

According to Thomas McNally, artistic director of Little Theatre of the Rockies, Dr. Schuttler’s efforts in the UNC theatre education program are reflected in the fact that one out of every three Colorado drama teachers is a UNC graduate. 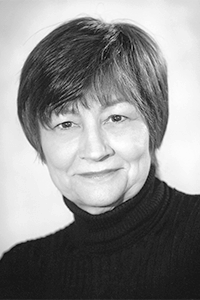 Linda Webb championed the arts throughout her thirty-six-year career in theatre education. She taught at eight different schools and chartered and nurtured several Thespian troupes. She coordinated a Theatre Advocacy Day through the Kansas House of Representatives, and every year she ensures that Kansas is represented at National Arts Advocacy Day in Washington, D.C.

Ms. Webb successfully fought to prevent elimination of theatre and arts programs in her community. Upon hearing that a school in her district was going to lose its theatre program, she applied for a transfer to that school. She knew the importance of having a theatre program and drama classes available for all students in her district, and to accomplish this she accepted a salary cut and undertook the challenge of resurrecting the program. Five years later, the students in her program at Wichita High School Northwest now win scholarships and honor awards at the Kansas Thespian conference.

Ms. Webb assumed the Kansas chapter director position in 1999 at a time when the chapter was facing major challenges, especially regarding its annual conference and chapter leadership. The state student board she initiated got students involved with the preparations for the chapter conference. She also established a regional troupe directors’ board and increased the amount of money available for scholarships.

As Kansas chapter director, Ms. Webb launched the food drive that has become the national Trick or Treat so Kids Can Eat (TOTS Eat) program. Thespian troupes within the state of Kansas collected food on Halloween for local charities. The success of the program caught the attention of the EdTA home office, and the national incarnation of TOTS Eat debuted in 2004.

For these and many other achievements, Ms. Webb was inducted into Kansas Thespians Hall of Fame in 2005.