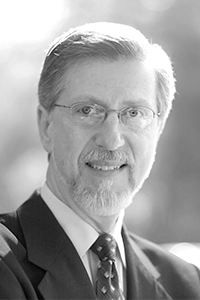 Eric Brannen taught theatre for thirty-three years, sponsored a Thespian troupe for twenty-five, and directed more than 150 plays and musicals. He established theatre education programs at three high schools in Georgia: Stratford Academy in Macon and Dunwoody High School and The Westminster School, both in Atlanta.

At Westminster, Mr. Brannen transformed drama from an extracurricular club that produced two plays and a one-act each year to a full curriculum of theatre courses for grades six through twelve that includes both acting and production, with three full-time faculty. The program now produces eight plays each school year.

The effectiveness of Mr. Brannen’s teaching is reflected in the success of his former students who went on to careers in theatre: John Conlee was nominated for a Tony Award for the role of Dave in The Full Monty in 2001, and Shuler Hensley won a Tony for playing Judd in Oklahoma! in 2002.

Mr. Brannen also has served as director of speech and debate for eighteen years.

Beyond the classroom, Mr. Brannen created workshops that empowered theatre educators to lobby school officials and political figures on a state and national level to promote the importance of arts education.

Mr. Brannen’s contributions to EdTA include hosting the Georgia Thespian conference, presenting workshops at EdTA’s convention, serving as adjudicator for the Thespian Festival for the past six years, and directing ten main stage productions at the Festival.

From 1990 to 1992, he served as an EdTA territorial director, as a board member from 1992 to 1995, and then as president of the board from 1993 through 1994. During his tenure as president, Mr. Brannen created and implemented the first Individual Events program at the Thespian Festival. 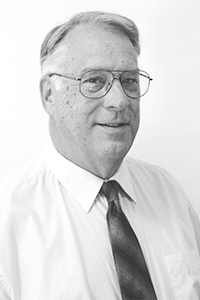 Steve Halper chartered Thespian Troupe 2234 at Benson High School and Troupe 5370 at Salpointe Catholic High School in Tucson. At Salpointe he developed new curricula for introductory theatre and advanced drama classes, including on-camera and broadcast acting units. The Salpointe Thespian troupe earned Arizona Honor Troupe awards for five consecutive years and participated in every Arizona Thespian conference from 1981 through 2002, performing on the main stage at three of them.

Mr. Halper began serving on the Arizona state Thespian board in 1984. He was appointed to complete an unexpired term as state director in 1985 and was elected to two-year terms in 1986 and 1988. In 1989, during his tenure as state director, he cofounded what he considers his greatest legacy, the Arizona Thespians’ Leadership Camp, an idea that has spread to other states. He served as Region I director for two terms, during which he coordinated and directed western regional theatre education conferences in Denver, San Diego, and Las Vegas.

In 1980 Mr. Halper served on an ad hoc committee on censorship in schools for the Arizona Communication and Theater Association, and the following year he was elected president of that association.

He has also served on the Arizona Alliance for Arts Education executive board and as a theatre representative on the Arizona Interscholastic Association Speech and Theater Advisory Committee. He has conducted workshops on theatre safety at various state and regional conferences and coordinated outreach programs in southern Arizona for the Utah Shakespeare Festival.

Arizona state director Susan Morrell describes Mr. Halper as the “heart of Arizona Thespians,” in part “because of his committed passion for educational theatre… In the end, that is what he has represented to me, a man devoted to having educational theatre create a community that makes us better human beings.” 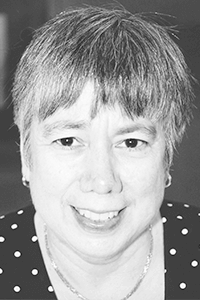 Gloria McIntyre’s path into theatre education was not a direct one: after graduating with a double major in French and English from Ohio State, she worked in retail and later was a senior executive in loss prevention.

When she accepted a teaching position at Strongsville (Ohio) High School, she was asked to direct the school musical because she was known to play clarinet and piano. As she put it, the principal concluded that “music equals musical.” Her directorial debut went well, and later she went on to complete graduate work and certification in theatre education at the University of Akron, Kent State, Ball State, and other schools.

At the time of her induction into the Hall of Fame, Ms. McIntyre was in her twenty-fifth year of teaching and directing at Strongsville. In 1985 she assumed sponsorship of the school’s Thespian Troupe 3226 and has been the troupe director ever since. Her troupe has performed at fourteen of the past sixteen state conferences, and she has hosted two of them.

In July 2004 Ms. McIntyre completed a three-year term as an EdTA governing board member. She served on the Ohio EdTA state board for fifteen years, and as chapter director from 1996 to 2001. During her term as Ohio chapter director, she initiated Junior Thespian conferences at the state level and started the Ohio EdTA Hall of Fame. She also has been instrumental in solidifying the status of EdTA’s Ohio chapter as the liaison and professional voice for theatre education with the Ohio Department of Education.

Ms. McIntyre, the theatre education leader who detoured from a career in retail sales, says she believes that “theatre is a part of every adult’s life, no matter what career path they choose.”