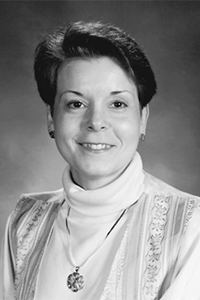 It is a testament to Debby Gibbs’s positive and nurturing influence that one of her students would nominate her for induction into the EdTA Hall of Fame.

Ms. Gibbs started her teaching career as an assistant to her own former teacher and mentor, Ruth Liveakos, and taught technical theatre for thirteen years at Tupelo (Mississippi) High School. When Ms. Liveakos retired, Ms. Gibbs took over as the school’s sole speech and theatre teacher. During the next seventeen years, she created separate theatre and speech classes and built a program that today features two full-time theatre teachers and a separate instructor for the public speaking classes.

Ms. Gibbs was the assistant sponsor of Thespian Troupe 1949 for thirteen years, and later the troupe sponsor for an additional seventeen years. She was recognized as Mississippi Thespian Sponsor of the Year in 1997 and 2001.

At the time of her induction Ms. Gibbs had been the Mississippi Thespian director since 1985. She expanded the number of Thespian troupes in the state from five to twenty-five. She also established the state Thespian conference, which started with three troupes and fifty attending students; under her leadership the attendance grew to eighteen troupes with over 350 participants.

A graduate of Harding University with a Bachelor of Arts degree in speech and theatre, Ms. Gibbs later earned a Master of Education degree in theatre at the University of Mississippi.

Brad Corban, the former student who nominated Ms. Gibbs, described her as “a great role model for me and many others. Her love for her work is seen in all that she does, and it is contagious. I can truly say that I will never take another course like theatre at Tupelo High School, and I will never have another teacher like Ms. Gibbs. She has touched my heart with her love and the love of theatre.” 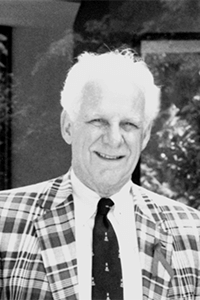 Peter Sargent started his career in theatre as an actor, playing Idwal in a summer theatre production of The Corn Is Green. He discovered the backstage world as an apprentice at the Marblehead (Massachusetts) Summer Theatre.

Mr. Sargent has designed lighting for over three hundred productions at the Cincinnati Playhouse in the Park, the Great Lakes Theatre Festival, the Arrow Rock Lyceum Theatre, the Goodspeed Opera House and other venues. He has served as a theatre consultant for the design of over twenty theatres.

In 1966 he became the technical director and lighting designer for the Loretto-Hilton Repertory Theatre in St. Louis and a faculty member at Webster College (as it was called then). He subsequently developed and established the conservatory of theatre arts at Webster University, becoming the chair of the department of theatre and dance in 1968. As associate dean for fine arts he led the faculty to establish the College of Fine Arts in 1994 and was named dean in 1995.

The long list of theatre organizations Mr. Sargent has worked with throughout the years includes the Unified Audition Tour, the Association for Theatre in Higher Education, the United States Institute for Theatre Technology, the American Theatre Association, The American College Theater Festival, and the International Council of Fine Arts Deans. He has been active with many arts groups in St. Louis including serving as resident lighting designer for the Loretto-Hilton Repertory Theatre and the Repertory Theatre of St. Louis.

Mr. Sargent attended his first International Thespian Festival in Muncie, Indiana, in 1984 and quickly became a Festival regular. He was one of the first college administrators to actively support the Festival, developing the design and technical scholarship audition process and serving as coordinator for the college scholarship auditions for the Festival for several years. He attends many state conferences and is a frequent workshop presenter. Mr. Sargent has served as a territorial and regional director and on the EdTA Board of Directors. He received EdTA’s President’s Award in 1988. 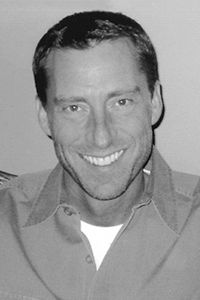 At the time of his Hall of Fame induction Jay Seller had spent twenty years teaching theatre in Thornton, Colorado, first at Thornton High School and then at Horizon High School for thirteen years.

When Dr. Seller joined the Colorado state Thespian board in 1986, he offered his school as the site for the state conference. Under his leadership the state Thespian conference grew from modest beginnings to a major event. Attendance in 2001, the year before his Hall of Fame induction, was more than 1,400.

As a Colorado state Thespian board member, Dr. Seller also expanded student scholarship opportunities and spearheaded the creation of a website. He incorporated a teacher workshop track at the state conference that offered educators graduate-level credit. He helped raise the minimum GPA requirement for students’ college auditions from 1.0 to 2.75, and was responsible for a threefold increase in attendance of college representatives at the state conference.

Dr. Seller has served as the Region III director for EdTA, and screened productions for the International Thespian Festival main stage. He also judged Individual Events and adjudicated for main stage productions at the Georgia and Florida state Thespian conferences. He has been an active member of both the Alliance for Colorado Theatre and the Rocky Mountain Section of the U.S. Institute for Theatre Technology.

USA Today awarded him an Honorable Mention Outstanding Team Teaching Award in 1999, and he was nominated for the 2001 Governor’s Award for Excellence in the Arts. In 1992 he received the English Speaking Union’s British Theatre Scholarship, which enabled him to study with some of the best theatre scholars in London.

Stan Hesting, the principal at Horizon High School where Dr. Seller taught, summarized his skills: “He is effective in bringing students out of their shell and instilling poise and confidence… our students are fortunate to be able to work with such a highly competent individual.”