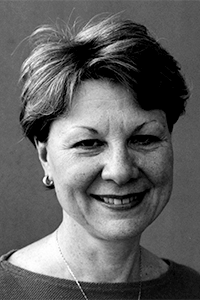 At the time of her Hall of Fame induction in 2001, Marie Glotzbach had been teaching and inspiring students in her classrooms for more than thirty years. She was then theatre arts teacher and director of the theatre arts program at Redlands High School in California. She also taught vocal music at Cope Middle School in Redlands. She has served as drama or music teacher at schools in Ohio, Indiana, and Connecticut as well. She has directed and produced more than 175 theatre productions at the middle school, high school, and college levels and for community theatre.

Ms. Glotzbach has served in several leadership roles for the Educational Theatre Association: board director, leadership coach, regional director, state director for Ohio, and state board member. Other affiliations include the National Education Association and the American Alliance for Theatre Education. She was named Outstanding Teacher for Redlands Unified Schools in 1997 and was installed in EdTA’s Ohio chapter Hall of Fame in 1993.

She received a bachelor’s degree in speech and drama from Clarke College and a master’s degree in education from the University of Redlands.

Ms. Glotzbach’s former student Alexis Kassel is evidence of her effectiveness. Alexis attended the College of Santa Fe to pursue a B.F.A. in musical theatre. Her intention: get a teaching certificate to go with the B.F.A. and after a brief career onstage, return to Redlands High School and teach alongside Ms. Glotzbach. “I want to continue that program,” she said. She remembers the day her teacher gave her the opportunity to direct for Redlands’ Children’s Theatre Festival. “I thought, ‘Wow, look what she thinks I can do.’” 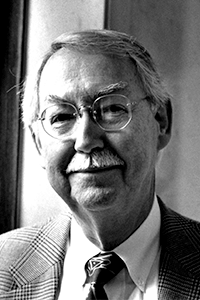 Beginning in 1991, Byron Grant chaired Webster University’s Department of Theatre and Dance and headed the musical theatre program. At Webster and through the Educational Theatre Association, he pursud the idea that the quality of American musical theatre can be sustained by nurturing young artists to meet the demands of evolving forms of theatre.

To do this, he selected non-traditional musicals for his students to study and perform. He led workshops with high school students in Missouri and around the country. At the International Thespian Festival, he regularly presented a workshop in auditioning for musical theatre and for many years served as accompanist for students auditioning for scholarships. He also presented workshops at various state Thespian conferences and at performing arts high schools.

Mr. Grant served two-year terms as president and vice president of the Educational Theatre Association and was a member of the task force to revise the Association’s constitution and by-laws.

Mr. Grant held a master’s degree in music from Southern Illinois University in Carbondale, a Bachelor of Arts degree from Huntington College, and diplomas from the Conservatoire de Musique and the American Musical and Dramatic Academy. He taught vocal music and was the director of musical productions at Baker High School in Columbus, Georgia, and a faculty member of the American Musical and Dramatic Academy before joining the faculty at Webster University.

In his letter of recommendation for Mr. Grant, Ronald L. Longstreth, former executive director of the Educational Theatre Association, wrote, “He is a great goodwill ambassador for EdTA and is constantly encouraging other universities to become acquainted with Thespians and EdTA. What is best for theatre students and teachers is his focus. EdTA is better as a result of his involvement.” 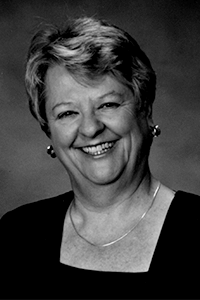 When Yatesy Harvey began teaching at Forsyth Central High School in Georgia in 1989, her classroom and rehearsal area was a single-wide trailer. Later, she converted a garage to a black box theatre. Eventually she led a successful campaign for state-of-the-art performance spaces in all three high schools in Forsyth County. Along with overseeing the growing facilities, Ms. Harvey built a theatre program from a single class to a full range of courses and performances.

Ms. Harvey received a bachelor’s degree from Mississippi University for Women and has done graduate work at Memphis State University, Georgia State University, and North Georgia College and State University. Before joining the Forsyth Central faculty, she was a theatre teacher and director at First United Methodist Church in Chamblee, Georgia for twenty-three years. She directed all ages in two or three major productions each year. Her earliest teaching jobs were at Milam Junior High, Tupelo High School, and Hazlehurst High School in Mississippi; and at Oakhaven High School in Tennessee. She currently serves as chair of the Fine Arts Department at Forsyth Central.

Ten of her former students have pursued theatre majors in college and become theatre teachers, actors, directors, or other theatre professionals. A parent of two of her students wrote: “Teaching the game of life is Mrs. Harvey’s greatest attribute to these young students. There is no doubt in my mind that leaving her program, a student has learned not just all the ins and outs of theatre, but how to relate to their fellow man, how to solve unexpected problems, and how to think quickly on their feet.” 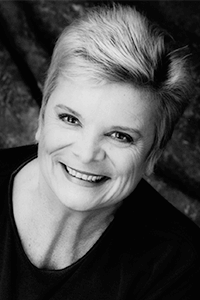 Kim O’Rourke began directing and teaching acting and technical theatre at St. Lucy’s Priory High School, a private Catholic girls’ school in Glendora, California, in 1975. As the twentieth century turned into the twenty-first, she developed a model program for external examinations of student work in conjunction with the London Academy of Music and Dramatic Art.

Twice a year, examiners from LAMDA traveled to individual schools throughout California to adjudicate students one-on-one in acting, mime, improvisation, choral speaking, public speaking, and the speaking of verse and prose. The program has become an assessment tool for theatre teachers, and Ms. O’Rourke hoped to introduce it to other states.

Ms. O’Rourke is also an active member of the theatre community outside her school. She has led adult workshops at Pasadena Playhouse, served on the board of the company’s alumni association, and participated in their committee on educational theatre. She has encouraged other Playhouse alumni to adjudicate at California festivals, such as the Thespian conference, and organized the theatre’s own festival.

Ms. O’Rourke received associate’s degrees from Pasadena Playhouse’s College of Theatre Arts and Citrus Community College, a bachelor’s degree from Scripps College, and a master’s degree from California State University-Fullerton. She also pursued graduate studies at the University of Southern California and earned a certificate in classical acting from the London Academy of Music and Dramatic Art.

The principal of St. Lucy’s Priory High School, Sister Monica Collins, wrote that Ms. O’Rourke was worthy of recognition “because she has shared her talent and passion for acting and the stage with numerous teachers and countless young people. Her love of theatre has always been a gift that continues to be given.”