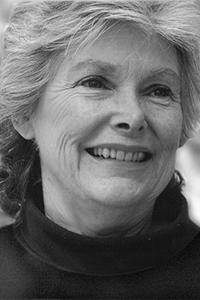 From 1966 to 1988, Kaleta Brown taught in the theatre and dance department at Cypress College in California. “It was Kaleta’s willingness to do whatever it takes that started, developed, and sustained the theatre program at Cypress College for thirty years,” Marilyn Glattly, chair of the department, wrote in her EdTA Hall of Fame letter of recommendation. The department now has a full staff holding theatre degrees and certificates, a six hundred-seat theatre, and a reputation as a distinguished theatre program on campus, community, state, and national levels.

During Ms. Brown’s tenure, Cypress College became a home to the California Thespians, which held their state conferences there beginning in 1986 and continuing until the event outgrew the facility in 1989. Ellis L. Jordan, former member of the EdTA board, territorial director, and California Thespian director, wrote in his letter of recommendation: “She became so involved with the ideals of the International Thespian Society and its goals for students in educational theatre that she has been one of the strongest proponents of the organization in California—always encouraging, always supporting, always promoting the organization.”

Ms. Brown extended her educational theatre hospitality to the Kennedy Center’s American College Theater Festival as well. Cypress College began hosting that festival’s regional performances in 1976. She served as the festival’s regional chair from 1988 to 1992 and coordinated the national Irene Ryan Acting Awards for the Kennedy Center and directed the Irene Ryan Festival of Scenes in Washington, D.C. The Kennedy Center has twice recognized her with the Gold Medallion for Contribution to Educational Theater and awarded her a regional Life Achievement Award.

Tom Orr retired from teaching in 1994, after thirty-two years at Hendersonville High School in North Carolina, but his commitment to educational theatre was undiminished. He chaired the Henderson County Board of Public Education for two years, promoting the importance of a strong performing arts program within the school system. He served as education chair for the board of trustees at the Flat Rock Playhouse, the state theatre of North Carolina, and worked to evaluate and develop the curriculum for the Vagabond School of Drama, Inc. He coordinated the theatre’s public school outreach at secondary and elementary school levels. And he worked with the Henderson County Arts Council to develop grassroots productions and experiences in the arts for students.

While at Hendersonville High, Mr. Orr participated in team teaching as part of a program that embraced music, dance, and theatre. In the 1980s, the North Carolina Department of Public Instruction recognized his contributions to the innovative program, including “the foresight and boundary-breaking leadership and the unique approach to integrating separate and distinct subject areas.”

Mr. Orr chartered a Thespian troupe at Hendersonville High in 1975, and for ten years, he served as North Carolina Thespian director. He was president of EdTA in 1995, when the Association’s constitution and bylaws were updated and revised as the organization reshaped it goals, philosophy, and objectives toward advocacy and national leadership.

Mr. Orr is the only secondary school theatre member to serve as president of the Southeastern Theatre Conference. He holds a bachelor’s degree from the University of North Carolina at Chapel Hill and a master’s from Western Carolina University.

Dr. Amy F. Pace, retired assistant superintendent of Henderson County Public Schools, wrote in her letter of recommendation: “Though many honors and many achievements mark the career of Tom Orr, the greatest accolades have come from the many former students, successful in theatre and in other endeavors, who have told me, ‘Mr. Orr made a difference in my life. He showed me I mattered.’” 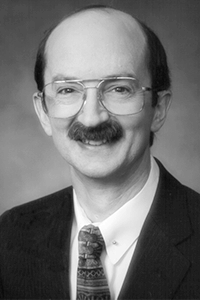 In 1988, Dr. Len Radin, a dentist in North Adams, Massachusetts, wanted to produce Juvie, a social drama by Jerome McDonough, at Drury High School. “While I had no formal education in teaching, I had a strong background in theatre and medicine, both valuable in directing this play,” Dr. Radin said. The production led to the founding of the Drury Drama Team. “It did not take me long to get hooked on educational theatre on the high school level. Working with adolescents and young adults in a creative endeavor, seeing them grow, and being a part of their journey to adulthood is one of the greatest joys of my life.”

Dr. Radin maintained his dental practice while teaching (as a volunteer) and directing at the school. The drama team evolved into a privately sponsored academic department of theatre at Drury High School that was chartered as an International Thespian Society troupe. The team spawned a similar program at the middle school level, the Conte Drama Team.

Deborah S. Coyne, an English teacher and community service-learning coordinator, wrote of Dr. Radin’s work as an acting teacher, “He began in a class with students who were disengaged with school and were known as problem kids who had been marginalized by situations at home and with the courts. They learned to trust Doc… and gave a most heart-rending performance to an audience of invited guests that included social workers, probation officers, and foster care givers.”

Dr. Radin served as Massachusetts state Thespian director, and he founded and has hosted the annual Yankee International Thespian Festival. At the 1998 Yankee Festival, he was presented the Sir Mort Clark Theatre Teacher of the Year Award. 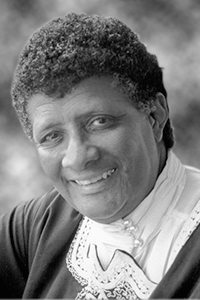 “It is my belief that the real goal of the academy is to prepare students to be productive individuals who will make meaningful contributions to the society; theatre is the tool by which the lessons are taught,” said Dr. Ethel Pitts Walker, a thirty-five year veteran of theatre education. She has taught at Southern University in Baton Rouge, Lincoln University in Missouri, the University of Illinois-Urbana, Laney Community College in Oakland, the University of California-Berkeley, and San Jose State University. She also served as a guest lecturer at Wayne State University in Detroit for a year.

“Lincoln proved to be a high point of my theatre education career as I grew to understand the importance of truly caring about young people and their success outside as well as inside the classroom,” she said, “and to realize that some of the most effective learning takes place on stage, on the road traveling to educational events, and in informal gatherings.”

Dr. Walker was president of the Legislative Action Coalition for Arts Education, a lobbying organization that works to ensure arts education is made available to all students in California.

“Ethel has made a difference,” wrote Patty Taylor, who worked with her on a California Department of Education committee. “She inspires us when we are in despair and is forever an optimist.” 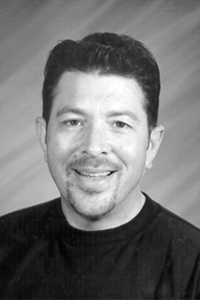 In his twenty-four years of teaching theatre, Brian Welch has established curricular and performance theatre programs at three Missouri high schools and founded Thespian troupes at two of them. At the time of his induction he taught at Villa Duchesne/Oak Hill School, a private Catholic girls’ school in St. Louis, where he was also chair of the Fine Arts Department.

“Whether Brian is organizing his Thespians, rehearsing a play, building a set, or mounting a major field trip, he is attuned to the needs of his students,” wrote English department chairperson Connie S. Schmollinger in her Hall of Fame letter of recommendation. “He does not coddle or enable but rather he challenges each young woman to present her best effort.”

Mr. Welch extended his students’ experience beyond the classroom and into the community through the Villa Duchesne Service Learning Theatre Program. Senior citizens were invited to participate in theatre classes with Villa students, usually on scene work and small-scale performances. The students, in turn, frequently created theatre programs at senior centers and residences throughout the school year. This program has been recognized nationally five times.

In addition to his accomplishments in the schools, Mr. Welch served as a community, collegiate, and civic performer, director, and producer as well as arts advocate and leader. He was involved with the Educational Theatre Association on local, state, and regional levels, including service as Missouri state Thespian board member, state Thespian director, territorial director, and leadership coach.

Mr. Welch’s other professional affiliations have included the Speech and Theatre Association of Missouri, the American Alliance for Theatre and Education, Catholic Teachers’ Association, and National Arts Steering Committee for the Network of Sacred Heart Schools. He holds a Bachelor of Arts degree in theatre from Southwest Baptist University and a lifetime certificate from Missouri to teach drama, speech, and English.