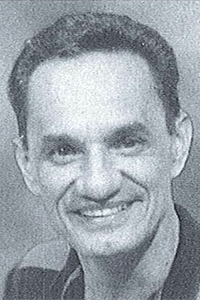 The work of Ron Bright is familiar to anyone who has a passing acquaintance with the Thespian Festival of a certain era. At regular intervals beginning in 1984, his energetic musicals and his patented island-flavored welcome ceremonies were featured as the Festival’s opening night main stage event. Much-loved as a teacher and director by his students, their parents, and his colleagues and administrators, Mr. Bright through his work on the Thespian Festival stage extended his reach as an inspirational leader and role model to include his fellow theatre educators as well.

“Ron has made outstanding contributions to the Thespian Society and EdTA for many years,” said past EdTA President Mary Martin at the time of his Hall of Fame induction. “Without question his productions at our festival have opened a lot of eyes to what educational theatre can be.”

When he was young, it was Mr. Bright’s intention to spend his life as an accountant. Studying depreciation by day and playing piano in a notorious Honolulu strip club at night, he decided partway through college that he was better suited to a career in the performing arts. He got his first teaching job in 1956, and in his second year he moved to Castle High School at Kanoehe and began laying the foundation for an outstanding theatre program. He has been at Castle ever since, teaching, directing seventy-two major productions, and helping thousands of kids become accomplished singers and dancers and, not incidentally, responsible adults. At least eight of his former students have worked or are working in Broadway shows.

Along the way he acquired a master’s degree in education and an extensive résumé of professional accomplishments and community service activities that includes EdTA’s President’s Award, a citation from the governor of Hawaii, and a state educator award from the Milken Foundation. He was appointed to the state Foundation on Culture and the Arts Commission. In 1984 he helped establish the Castle Performing Arts Learning Center, which served as the prototype for thirty similar programs, in all disciplines, throughout Hawaii.

Mr. Bright made it clear that he believed his success as an educator and director had to do with his willingness to use a four-letter word that isn’t heard very much in educational settings: love. “Love, care, trust, and nurturing” he responded when asked what is the most important contribution an educator can make to the well-being of children. “You’ve gotta be there for the kids, understand how they hurt and how they succeed. I flat-out refuse to allow a kid to fail.” 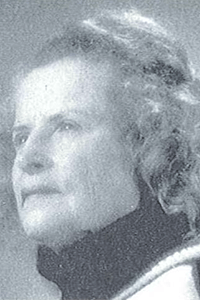 “Improving theatre education starts where I am, on the grass roots level,” wrote Connie Dillow, who has spent forty-two years making an example of herself.

Ms. Dillow was dividing her time as theatre teacher, director and Thespian troupe sponsor at Wahoo High School, Wahoo, Nebraska, and teacher and director of the Lincoln Public Schools’ Advanced Theatre Company, positions she had held for twenty-three years at the time of her Hall of Fame induction. Her work, along with a strong commitment to community service and continuing education, adds up to what she called her life’s mission.

Master’s and bachelor’s degrees in dramatic arts from the University of Minnesota began a career that came to include teaching and directing positions from the elementary to college level, and directing, writing, and acting for many theatre programs. She is also a member of several theatre and arts organizations.

Ms. Dillow said she believes that “much of the true worth and excitement of theatre study and production lies in the fact that one is always learning. When a show closes, it has been only another step upward to the new adventure and enlightenment that will happen next.” She challenges herself to find new approaches to theatre, to the benefit of the students and audience.

A colleague described Ms. Dillow’s approach to her students: “Even the most talented are consistently challenged; she is careful to remind them that each step up is more competitive. Equally important to her, though, are those students who discover that a theatre profession is not for them; she agonizes over, empathizes with, supports and values those students just as much.” 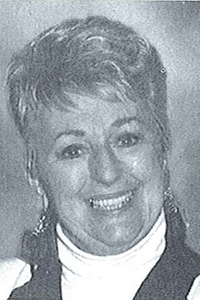 “Drama provides a shared, living celebration of the joys, sorrows, and mysteries of being alive,” wrote Milli Hoelscher, a tireless advocate of educational theatre who spent forty-two years working to share theatre with her students and colleagues.

A Thespian sponsor and director of drama at both Lake Oswego and Lakeridge High Schools in Lake Oswego, Oregon, Ms. Hoelscher earned a bachelor’s degree in dance and a master’s in theatre from the University of Illinois. She was a regular at state conferences, the Thespian Festival, EdTA conventions, and professional development sessions. She taught in England, Canada, Australia, France, and Spain, studied theatre in Japan, and was a member of the People to People Citizen Ambassadors Program to China.

“Milli has focused student learning on understanding universal human experience and embracing diversity,” wrote one colleague who described Ms. Hoelscher’s efforts to expose students of all ages to Asian theatre. She was also instrumental in a partnership program involving local schools, businesses, and community theatre, and led students on theatre tours to New York, London, and Vancouver.

“She has given many young people an immense amount of self-esteem which goes a long way in today’s world,” wrote another colleague. “There are numerous students who cite Milli as their emotional and professional anchor through their high school years.”

She received the Melba Day Sparks Award from Oregon Thespians for her contributions to Oregon theatre, and the Lakewood Theatre Company Heritage Award, of which she was only the twelfth recipient in forty-five years. “To watch students broaden their horizons,” she said, “grow in self-esteem and self-expression, gather communication skills and share all of these experiences on a daily basis is one of the great rewards of being a theatre teacher.” 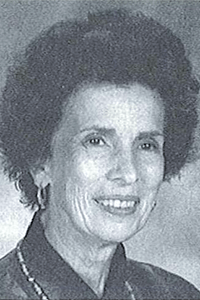 Not many people can say a thousand friends showed up for their retirement party. Angela Florio can, and her forty-two-year career testifies to the impact she has had teaching theatre.

Ms. Florio earned a master’s in speech therapy at the Catholic University of America after obtaining bachelor’s degrees in education from St. Paul College in Manila, the Philippines. She returned to the Philippines to teach drama—a passion she discovered in early childhood. A brief stay in the U.S. preceded a move to Mexico City, where she taught at the American School Foundation for twenty-two years.

Ms. Florio’s high expectations ground a career recognized for excellence in teaching and production. Colleagues described her as “very professional” and “meticulous” as a director. “Nothing escapes her well-trained eye,” one commented. “The results are breathtaking.”

“She has consistently drawn from students their best efforts,” wrote another colleague, “typically resulting in excellent performances and giving our school the reputation as the place to see American musical comedy, in English, in Mexico City.”

Ms. Florio began her tenure at the American School with almost no theatre facility. Proceeds from the celebration marking her final production were earmarked toward a state-of-the-art facility to support the theatre program she worked hard to build. As her retirement date approached, local newspapers profiled her extensively. She said teaching and staging theatre productions is exhausting work, but she won’t leave them behind entirely. The future she could see from that point in her life held more community service and involvement in educational theatre. “I do not plan to retire from life,” she promised.