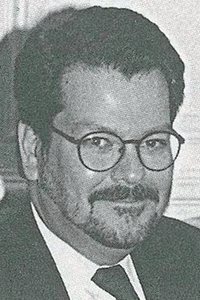 Joe Burnsworth grew up in Fairmont, West Virginia, the birthplace of the International Thespian Society and its collegiate counterpart, Alpha Psi Omega, and studied in high school and college under founders Paul Opp and Harry Leeper. Yet the idea of career in theatre education did not immediately announce itself to him.

“My involvement in the arts began as a favor to a friend when we were in high school,” he told the Hall of Fame committee, and he entered Fairmont State College with the intention of becoming a political journalist. But his plans changed after a speech professor coerced him into a campus production of Our Town. “I quickly found a place where I felt at home,” Mr. Burnsworth wrote. “In just a few days my small commitment turned into an obsession.”

That obsession led him to a career with Virginia Beach public schools, first as a theatre teacher and then, beginning in 1994, as coordinator of the system’s program for gifted and talented arts students. It stayed with him as he sponsored an active Thespian troupe, directed numerous productions in academic and community theatre, held many leadership positions with EdTA including president, completed a master’s degree in gifted education from Norfolk State University, and served on various fronts as an advocate for school theatre. In his words, “There is no other discipline that offers more opportunity for students to shine. Students involved in theatre exhibit love for each other that has no bounds.”

One colleague said of Mr. Burnsworth, “His whole adult life has been dedicated to making young people grow, develop, and love the arts.” Another wrote, “Joe Burnsworth is one of those teachers that a student never forgets.” 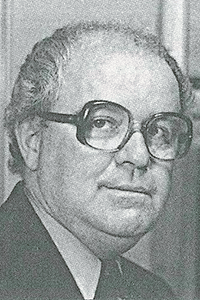 “Sir Mort” was known to theatre students around the world for his dynamic workshops on improvisational theatre, acting, and directing. As a professor of theatre, speech, and English at Westchester Community College in Valhalla, New York, Mr. Clark devoted forty-three years to educational theatre in the United States and abroad.

“The exploration of ideas in dramatic literature stimulates me greatly and provides a springboard for constantly finding new ways to see,” Mr. Clark wrote in explanation of his lifelong commitment to theatre. He counted among his former students young people in almost all fifty states, eleven Canadian provinces, and eighteen foreign countries. One of those students, who is now a teacher herself, said of Mr. Clark, “His life is dedicated to helping others learn how to experience the world, not only in the theatre, but the world that surrounds us all.”

Another colleague wrote, “His enthusiasm and great talent allow him to teach some youth who do not even speak English. With his great skills of communicating and educating, he has changed some very frightened, shy children into great lovers of acting.” He added, “Mort Clark is one of the most sincere and caring persons that I have ever known.”

Sir Mort served EdTA as a territorial director, and held leadership positions in the New York State Speech Association, the International Amateur Theatre Association, the American Community Theatre Association, and other arts organizations. Many of these institutions have honored Mr. Clark in the past—he was even bestowed the Chevalier Medal of Culture by Princess Caroline of Monaco, which accounts for the title.

One colleague who judged an acting competition with Mr. Clark at a state Thespian conference noticed that at the end of each presentation, while she and the other judge bent immediately to scribble their criticisms, Mr. Clark paused long enough to give the students several moments of warm, sincere applause. 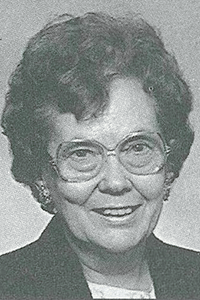 “I believe that I have chosen to do theatre simply because I love it,” Nancy Sprowls wrote in her statement to the Hall of Fame committee. “It is storytelling in its best and most powerful form, feeding both the mind and heart. Live theatre puts the imagination to work in a way that the electronic forms do not.”

Over her twenty-eight-year teaching career in Brunswick (Ohio) public schools, Ms. Sprowls turned an almost-nonexistent theatre program into a year-round endeavor including children’s theatre productions, one-act plays, full-length plays and musicals, and a show especially for freshmen. She established a Thespian troupe there in 1969-70, and began a speech team that participated actively and successfully in contests sponsored by the Ohio High School Speech League. She regularly brought students to state and national Thespian conferences, and has for many years provided EdTA and other arts organizations with spirited, principled leadership.

In explaining her educational philosophy, Ms. Sprowls wrote, “A sound theatre education program can equip students with the tools of informed criticism that let them focus on content. It is this educated understanding that can defend them from being manipulated by the techniques of the knowledgeable propagandist and the seller of cheap entertainment goods.”

Colleagues credit Ms. Sprowls with bringing live theatre to a rapidly growing, blue-collar community, and with giving hundreds of students a reason to come to school every day. As one wrote in his recommendation, “If all this sounds too good to be true, then you have an accurate picture of Nancy Sprowls. Nancy endears herself to pupil, parent, and fellow educator because her voice is one of wisdom, and because she does, in fact, ‘act well her part.’ Many of us learned what that meant from her.” 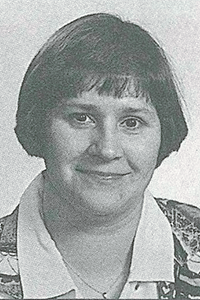 When she talks about theatre education, Diana Evans Vance likes to relate this story: “A man asks two stone cutters what they’re doing. The first stone cutter replies that he is cutting stone into large rectangular blocks. The second stone cutter says, ‘I’m a member of a team building a great cathedral!’ That story says it all,” Ms. Vance wrote. “Are we as teachers, particularly theatre teachers, simply teaching a particular lesson or producing a particular show, or are we members of a team making learning possible?”

Since 1975 Ms. Vance has been part of the team at Hilliard High School near Columbus, Ohio, teaching theatre and English. In 1994, she was named chair of the performing arts department. Students praise Ms. Vance for her interdisciplinary approach, which enables them to draw connections between subject areas. One young woman wrote, “Learning this broad spectrum helped us in many of our other classes. In English we studied vocabulary terms which we knew from Mrs. Vance’s teaching—for example, the Oedipus complex. What we learned also helped us in world history class because we had previously grasped many of the concepts regarding history as they relate to the evolution of theatre.”

Ms. Vance holds bachelor’s degrees in education and theatre, and a master’s in theatre, from Ohio State University She is an accomplished stage technician and carpenter. She has been a leader for EdTA in Ohio and a planner and host for numerous state Thespian conferences, while serving on the boards of the Ohio Alliance for Arts Education and the Hilliard Arts Council.

She says her greatest reward continues to be the artistic and intellectual growth of her students: “The thrill that a teacher and a director experiences when her students finally experience the feeling of ‘yes!’ is unequaled, and helping them reach that point is the most significant of all accomplishments. Theatre teachers have the rare privilege of providing this in very tangible and powerful ways.” 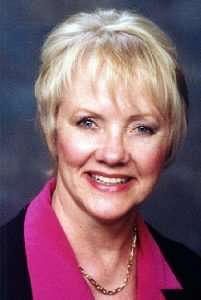 Who would have thought that playing Polly the Parrot in a radio play in fifth grade would lead Carol Lommen to study with Lee Strasberg and Peggy Feury? Lommen has always enjoyed gathering knowledge and exploring the expanding influence of theatre and widening options for youth in theatre.

After graduating from the University of Minnesota, Lommen began teaching theatre in 1964 in Simi Valley, California, continued at Canyon High School in Canyon Country, and then moved to Las Vegas and teach at Bonanza High School, establishing Troupe 1496 in 1979. Lommen went on to become Nevada State director (1986 – 1988) and created the first Nevada State Thespian conference and the first state student board. In 1989 she became the West Coast Region IV Director and held the Region IV Conference in Las Vegas in 1995.

While on the EdTA board, Lommen was instrumental in developing the first national survey of theatre teachers.  Lommen also set up the expectation that play screenings would include written critiques so performers and directors could learn more through the feedback and evaluation.
After learning about and then attending the Arizona Leadership Camp, Lommen established the formal ITO (International Thespian Officers) Leadership training workshop at Festival.  Lommen also planted seeds for developing Junior Thespians and liaisons with theatre teaching programs across the country.

Lommen has given numerous students and adults more knowledge about personalities, motivations and character understanding by leading True Colors© workshops at various state and national conferences.