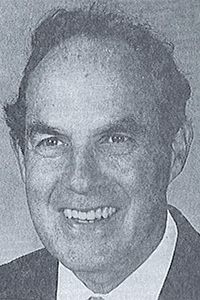 Alan Engelsman’s influence on educational theatre extends well beyond the classrooms and stages where he has taught and directed for thirty-eight years. As the author of the Theatre Arts 1 textbook series and co-author, with his wife Penny Engelsman, of Theatre Arts 2, he has participated in the education of thousands of middle school and high school students all over the United States. “Thanks to Alan,” one of his colleagues observed, “we need never again ask, ‘What will I teach on Monday?’”

Engelsman began his teaching career in New Hartford, New York in 1956. Three years later he became drama director at Clayton (Missouri) High School. He directed the Clayton Thespian troupe and served as Missouri state Thespian director for three years. He helped found a community theatre and served on educational advisory boards for the Repertory Theatre and the Theatre Project Company of St. Louis. He founded and continued to maintain an informal support group for St. Louis theatre teachers, and launched a district-wide playwriting festival in Clayton schools. He was been active in committee work and at conferences for both the Theatre Education Association and the American Alliance for Theatre and Education. 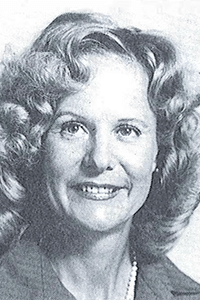 At the time of her Hall of Fame induction, Karen K. Husted was assistant professor and advisor to the B.F.A. and M.A. students in theatre education at the University of Arizona in Tucson. “I thank Karen Husted for opening my eyes…” wrote one of her graduate students. “I will make a tangible difference in the lives of the young people I teach. She is a person to emulate in the field of theatre education.” In 1992, Husted was named University Theatre Educator, honoring her commitment to continued teacher training for herself and others.

Husted taught high school drama in the Tucson Unified School District for twenty-two years. During that time she was a Thespian sponsor and was the Arizona state Thespian director. She was the state chair for Theatre in Our Schools Month and a founding member of the Arizona Theatre Educators Association, Tucson Theatre Educators, International Mimes and Pantomime, the Network for Performing and Visual Art Schools, Southern Arizona Acting Festival, and Kachina Mime Theatre. Her colleagues credit her with being the catalyst behind bringing teachers together to write a K-12 curriculum for Arizona schools. 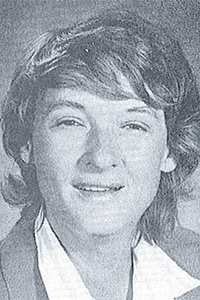 What motivated Gai Jones to teach theatre, she said, was knowing that theatre challenges and rewards the student’s entire body, soul, and imagination. Ms. Jones was and had been for twenty-six years at the time of her induction the speech, drama, and English teacher and Thespian troupe director at Placentia-El Dorado High School in Placentia, California.

Ms. Jones has been active in numerous speech and drama organizations throughout California. From 1990 to 1993, she was the California state Thespian director. Later she was a territorial director. She also directed California’s all-state Thespian shows. She was the director and executive coordinator for the Fullerton College Company of Young Actors Summer Theatre Workshop, the founder and leader of the California Leadership Conferences and Camps, and the co-founder of the 1994 Placentia Linda School District Middle School Drama Festival. In 1987 she was awarded Outstanding Teacher of the Year in her district, and in 1990 she received the El Dorado High School Parent Student Teachers Association Service Award. She was inducted into the Oklahoma College for Women Alumni Hall of Fame in 1992.

A colleague said of Ms. Jones, “Her quest for excellence is unequaled—and she usually achieves it.” 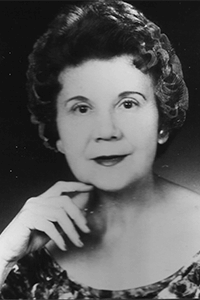 During her fifty-seven years as a theatre educator, Freda Kenner taught at least ten thousand students and mounted more than 250 shows. Her purpose in teaching was not to make stars but to give students an opportunity to express themselves and to learn to hold their own in all types of situations.

Ms. Kenner served as Tennessee state chair of the International Thespian Society from 1960 to 1965 and as a member of the ITS Board of Directors from 1966 to 1972. Other positions that she held include: vice president of the Southern Speech Association and of the Tennessee Theatre Association, chairperson for the National Speech Communication Association and the Memphis Speech Teachers, and member of the Legislative Assembly Speech Communication Association. Among her many honors and awards is induction into the Tennessee High School Speech and Drama League’s Hall of Fame. 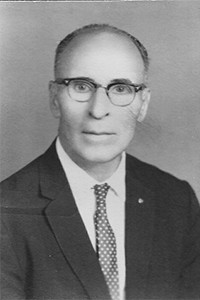 Dr. Paul F. Opp was one of three co-founders of the National Thespian Society. In 1925, Dr. Opp organized Alpha Psi Omega, an honorary dramatics fraternity for college students for which he was the national director. Four years later, with funding secured through Alpha Psi Omega, Dr. Opp, along with Harry Leeper and Earl Blank, developed a framework for the National Thespians and wrote the original constitution.

Dr. Opp was teaching at Fairmont State College in West Virginia in 1929. Thus, two of the first Thespian troupes were East Fairmont High School—Harry Leeper’s school—and Fairmont Senior High School. In the society’s first year, Dr. Opp helped recruit seventy-one troupes nationally. By 1935, the membership was nearing one thousand troupes and a headquarters building in Cincinnati was established. Dr. Opp continued to play an active role in the leadership of the organization well into the 1950s.

In 1978 Dr. Opp and his co-founders attended a fiftieth anniversary celebration at the International Theatre Arts Conference and were presented the International Director’s Award, an annual award established in their honor.