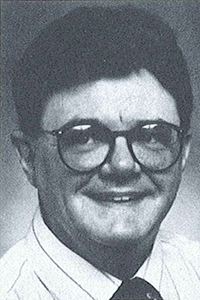 Joe Hildon Boyd attended high school plays as a child and dreamed about being on stage. He became a Thespian in 1952 and eventually devoted his life to theatre. Mr. Boyd began his teaching career in Ohio and retired in the spring of 1992 after thirty years of teaching. For nineteen of those years, he was a drama teacher and sponsor of Troupe 2501 at Hialeah-Miami Lakes Senior High School in Hialeah, Florida. He directed numerous shows, including two main stage productions at the Thespian Festival.

He co-founded and was a former resident director for the Miami Lakes Players Guild, a community theatre, and the founder and director of Candlelight Players, a community and high school theatre. He also served as an ITS state and regional director and hosted the first regional conferences for Ohio, Michigan, Indiana, Kentucky, and Pennsylvania. 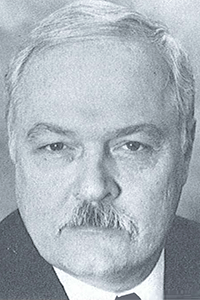 Robert L. Johnson was a theatre educator and spokesperson for twenty-eight years. He sponsored a Thespian troupe in each of the four high schools in which he taught. For the twenty four years preceding his Hall of Fame induction, Mr. Johnson taught and directed at Niles West High School in Skokie, Illinois. As sponsor of Thespian Troupe 1714, he has directed three main stage shows presented at the Thespian Festival. He also served as director of three international cast productions presented at the Festival in 1980, 1982, and 1987. Mr. Johnson was director of Theatre 219, a community theatre group that he founded in 1973. In 1991, he received the Teacher’s Excellence Award from the state of Illinois’ Those Who Excel program. 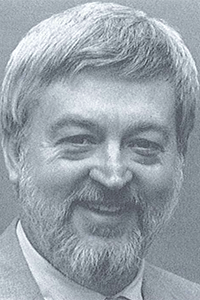 As executive director from 1968 to 1999, Ronald L. Longstreth made lasting contributions to the Educational Theatre Association and its component organizations. He is responsible for much of what is familiar about EdTA. He helped put the Thespian Society on a sound business footing by facilitating its incorporation as a non-profit and moving the International Theatre Arts Conference, now called the Thespian Festival, to an annual schedule. He championed the addition of the word “international” to the Thespian Society’s name to reflect its increasingly global reach. And ultimately he oversaw the development of the Educational Theatre Association, a professional organization for theatre teachers, alongside the student-oriented Thespian Society.

When he began his career in the 1960s, Mr. Longstreth taught theatre at two high schools in Cincinnati, directed Inherit the Wind at the ninth National Thespian Festival, served as the Ohio state Thespian director, and was the Cincinnati district director for the Ohio High School Speech League. He was elected to the ITS Board of Directors in 1966, and in the ensuing years he attended and evaluated more than 160 state Thespian conferences and observed over 2,500 secondary school theatre productions. He served ITS as assistant executive secretary-treasurer, editor of Dramatics magazine, and co-chair of the 1968 Thespian Festival before becoming executive director, the position he held until his retirement in 1999. Major undertakings in the nineties included moving the annual Thespian Festival from its longtime home at Ball State University to the University of Nebraska-Lincoln, the development of new services and a new membership class for educators, and a restructuring of the organization under the EdTA banner.

Mr. Longstreth passed away in December 2022.

In 2006, the EdTA board of directors established a fund in honor of Mr. Longstreth to help international students attend the International Thespian Festival. Donations can be made to the Ronald L. Longstreth Grant online using the donation button on schooltheatre.org. 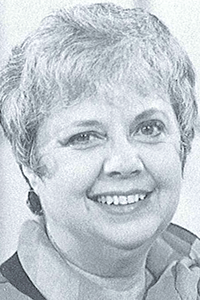 Krin Brooks Perry taught hundreds of theatre students in a teaching career that started in 1958. Working at schools throughout the state of Texas, she chartered five Thespian troupes. At the time of her Hall of Fame induction, she was the theatre specialist for the Division of Curriculum Development at the Texas Education Agency. In this position she developed and presented more than forty workshops covering curriculum developments, materials, agency news, and state board of education rulings. She has also been involved with continuing education for many years. 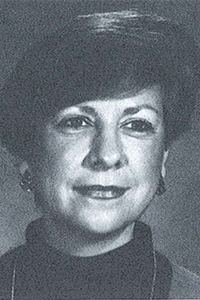 Pam Kiper Ware has been bringing her Southern hospitality to Muncie, Indiana for the past eighteen years. She began her involvement with the ITS in the early 1960’s, when she served as the Alabama State Thespian director. Ms. Ware directed theatre at Gainesville High School in Gainesville, Georgia. In 1975, she charted Troupe 2445 at the school.

Her school won the literary one-act play competition five times and the regional one-act play competition on seventeen occasions. Ms. Ware’s students have also been Georgia Theatre Conference winners and performed on the Thespian Festival main stage four times. She has received many awards and citations for her work as a theatre teachers. Ms. Ware was honored with the Kiwanis Youth Service Award in 1979 and the Community Service Award as a volunteer of the year in 1991. She was named woman of the year by the Gainesville Rotary Club.