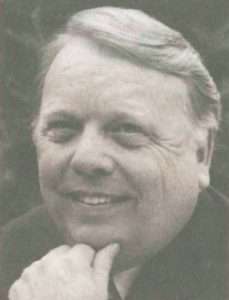 Harmon Beekman has had a lasting impact on educational theatre in his own school and town and nationally. While teaching in the Taylor, Michigan, school district for twenty-one years, he designed and set up a complete program of secondary school theatre courses; developed and taught an extracurricular program in creative dramatics for elementary school students; designed a theatre program combining pantomime and American Sign Language; began a summer theatre program for teenagers; produced an annual touring children’s play; and directed more than 150 school productions. Among those shows was one written by Mr. Beekman, called Together in Silence, which his troupe presented at the 1982 Thespian Festival.

Mr. Beekman first became involved with what was then called the National Thespian Society in 1966 when he chartered Thespian Troupe 2474 at Taylor Center High School. From 1968 to 1971 he was Michigan’s state Thespian director, a period during which he organized that state’s first annual state Thespian theatre conference. He became regional director for Michigan and Indiana in 1971 and was elected to the Board of Directors in 1972. In 1974 he became assistant international director and, in 1976, international director. (Those titles were used at the time for the positions that are now called president and vice president.)

Among Mr. Beekman’s contributions to EdTA were the development of the first state director resource guide and the implementation of leadership training programs. The organization’s headquarters building on Central Parkway in Cincinnati (1976-99) was purchased during his term as assistant international director and the mortgage was paid off, after a brisk fundraising campaign, during his term as international director. 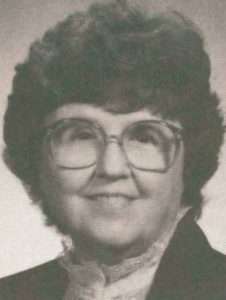 Barbara Dusenbury’s career in theatre education spanned more than fifty years. Beginning in North Carolina in 1942, she taught theatre, speech, communications and English in schools in Florida, New Jersey, and Pennsylvania. She sponsored her first Thespian troupe in 1947 while teaching in the Daytona Beach public school system. From 1951 to 1955 Ms. Dusenbury was an instructor at the University of Florida at Gainesville and served as a university liaison to Florida high schools.

She began her twenty-seven-year association with Springfield Township High School in Erdenheim, Pennsylvania in 1961. As the school’s director of theatre, she taught theatre, English, speech and communication; directed Springfield’s Thespian Troupe 1154; directed hundreds of plays; and designed the school’s theatre curriculum. She also founded a traveling children’s theatre troupe and a children’s theatre workshop staffed by her high school Thespians.

She was elected to the board of directors in 1980, and served as assistant international director from 1984 to 1986 and as international director (the equivalent of board president) from 1986 to 1988. During her term, Ms. Dusenbury oversaw the development of the Theatre Education Association, the original launch of the Thespian Society’s professional association for theatre educators. 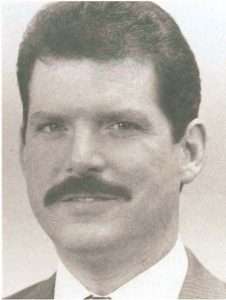 Doug Finney dedicated his life to theatre and Thespians. A student of EdTA Hall of Famer Melba Day Henning, he was an active member of the organization from the time he was in high school until his death in 1992.

He graduated from the University of Oregon in 1966, where he received an award for outstanding contribution to theatre his senior year. His first year out of college, he sponsored Thespian Troupe 2597 at The Dalles Senior High School in The Dalles, Oregon. A year later he became director of Thespian Troupe 1961 at North Eugene High School in Eugene, Oregon. He taught theatre and speech and directed numerous theatre productions for five years before joining the ITS headquarters staff.

A gifted actor and director, Mr. Finney performed and directed in community theatres in both Oregon and Ohio. He was author and composer of the children’s musical The Song of the Gypsy Princess.

Mr. Finney’s service to the Thespian Society began expanding in 1969, when he served as Oregon’s state Thespian director. He served as regional director in 1970, and, in 1971 he moved to Cincinnati to become assistant executive director. He also served as co-editor of Dramatics magazine for one year, and co-chaired and then chaired the Thespian Festival. In 1989 he became director of volunteer services.

A colleague of Mr. Finney’s says of him, “Doug’s greatest trait is leaving his mark of perfection on every task he undertakes.” For his service to the organization Mr. Finney was awarded the International Director’s Award in 1982 and the Founders’ Award in 1991. Oregon Thespians presented him the Melba Day Sparks Award for Contributions to Theatre in 1980. 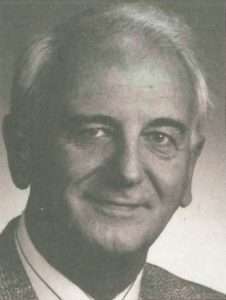 Inspired by a college professor to pursue a career in theatre education, Robert Geuder began his teaching career in the little Iowa crossroads town of Nashua in 1955. Beginning in 1959 he was drama director and teacher of theatre, language arts, and speech at Thomas Jefferson High School in Cedar Rapids, Iowa, and he had sponsored Thespian Troupe 561 for each of his thirty-six years as a teacher at the time of his Hall of Fame induction. Mr. Geuder’s colleagues, friends, and former students describe him as energetic, caring, selfless, committed to quality, and, above all, a gifted teacher who instills in his students a love of theatre by his passionate example. In addition to teaching and directing five shows a year at Jefferson, he directed and costumed shows for a Cedar Rapids community theatre with assistance from his wife Alo. He also produces annual fundraising revues for the Cedar Rapids Symphony and a local hospital.

Mr. Geuder has been a national leader in educational theatre since 1974, when he was elected to the Thespian Society Board of Directors after serving five years as a regional director and two years as state director for Iowa. He became assistant international director in 1976 and served as international director (the office now called president) during 1978-80. In 1986 he became the first individual to be re-elected to the organization’s board, and served on the EdTA transitional board in 1989 and 1990. At the time of his induction he was the EdTA governing board’s executive regional director.

Throughout his career Mr. Geuder has made valuable contributions to ITS and EdTA national events. He attended every Thespian Festival between 1968 and his 1991 induction and co-directed six main stage shows. In 1989 he received the EdTA President’s Award. 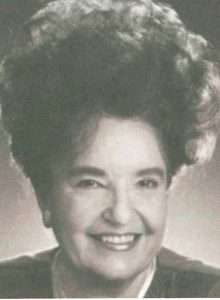 Joan Hahn made a lasting contribution to theatre education during thirty years of teaching. Her drama program at Cottonwood High School in Salt Lake City had won, at the time of her induction, seventeen consecutive regional championships and many state championships.

In 1991 Ms. Hahn was named outstanding speech educator by the Utah High School Activities Association; she was also listed in that year’s edition of Who’s Who Internationally and has been named in Who’s Who of American Women for four consecutive years.

She describes her travels on behalf of EdTA as one of the greatest educational experiences of her life. A member of the headquarters staff says of Ms. Hahn, “She has a talent for making everyone she comes into contact with feel special.” 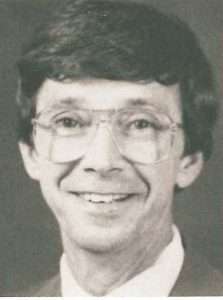 Harlan Hamm worked at many levels for the improvement of educational theatre. In 1965 he established a speech and theatre program in grades K-12 and chartered Thespian Troupe 1457 at University Breckenridge School in Morehead, Kentucky. After teaching there for thirteen years, Mr. Hamm joined the Department of Communications at Morehead State University. At the time of his induction into the Hall of Fame he was an associate professor of speech and coordinator of forensics at Morehead State. He was also serving as director of the Kentucky Educational Speech and Drama Association.

Mr. Hamm received numerous citations for his work in education, including an outstanding faculty member award at University Breckenridge, the Kentucky Jaycees’ outstanding young educator award, a Morehead State University presidential citation, and the Kentucky Association of Communication Arts distinguished service award. In addition, he has been listed in Who’s Who in the South and the International Directory of Distinguished Leadership.

Mr. Hamm served ITS and EdTA in numerous capacities. From 1966 to 1969 he was state Thespian director for Kentucky, and from 1969 to 1970, regional director. He was elected to the board of directors in 1970 and served as assistant international director from 1970 to 1972 and international director (board president) from 1972 to 1974. In 1979 he presided over EdTA’s fiftieth anniversary celebration.