Statement on Freedom of Expression

This statement was created and approved by a coalition of national arts and education organizations under the leadership of the Educational Theatre Association. Collaborating organizations are the American Alliance for Theatre & Education; National Federation of State High School Associations; National Speech and Debate Association; Theatre Communications Group; and The Dramatists Guild of America.

The Statement on Freedom of Expression provides support and guidelines for teachers in the selection of play scripts for production and speech & debate for topic and presentation, as well as classroom materials, and policy guidance for administrators in middle and high schools and professional theatre education departments. Adapted from the 2012 Statement on Freedom of Expression authored by EdTA, the American Alliance for Theatre & Education, and the Association for Theatre in Higher Education, this statement is intended to affirm the right of free expression by students and their educators, while simultaneously recognizing the need for open communication with school leaders and community members. 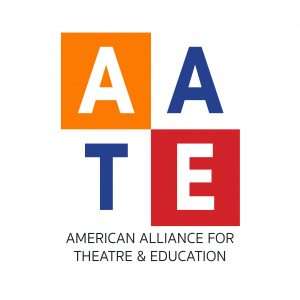 Theatre tells the stories of who we are. Through communal experiences, plays bring together imagined worlds on stages with actors, sets, lights, costumes, and sound that allow us to witness and reflect on the lives of others—their emotional trajectory of desire, disappointment, conflict, and resolution—whether through a monologue, song, or dance. As an art that reminds us that we are not alone, theatre can promote social discourse and change, prompt joy and sadness, and bring clarity to issues and ideas. No place is theatre’s value and purpose more apparent than on school stages and in classrooms where teachers guide and nurture students through the journey of “walking in someone else’s shoes” and the creation of worlds that could be, that might be.

The art of the spoken word has been a highly valued skill since Grecian times. Public speaking has proven to be a powerful skill to inform, to motivate, and to unite societies. Debate challenges students to analyze problems, conduct thorough research to view these problems from all sides, and utilize the principles of argumentation and advocacy in oral presentation. The open exchange of ideas and points of view is essential in any democratic society. Interpretative performances encourage students to explore, experience and then share literature through the art of oral interpretation, bringing a greater understanding of human life and empathy for mankind to the performer as well as the audience.

Theatre and speech & debate educators along with their students work at the confluence of two of the foundational values that support a free society: freedom of expression and the unfettered pursuit of knowledge. Despite the well-documented research that affirms the value of both learning experiences, too often teachers and students are confronted with external attempts to draw boundaries defining acceptable content leading to acts of censorship that have the effect of stifling free expression and stunting the educational process.

For the purposes of this document, educational theatre is defined as any theatre performance or learning activity in an educational setting for students in middle grades through post-graduate study and in programs sponsored by regional professional theatres.

Speech & Debate is defined as a learning activity in an educational setting for students in middle through postsecondary study. Both include informational and limited preparation speaking, Interpretative speaking, such as humor, drama, poetry, and prose, and prepared argumentation such as Policy Debate, Lincoln-Douglas Debate, Public Forum Debate, and Congressional Debate.

The sponsoring organizations affirm their support for the following standards for free expression in educational theatre and speech & debate.

I. Freedom of expression in middle and secondary school educational theatre and speech & debate programs: standards and guidelines

A. Standards for Programs

B. Guidelines for Educators

In asserting a right to free expression through artistic and topical choices, theatre and, speech &, and debate educators must be prepared to accept responsibility for these choices. Toward that end, we encourage all educators to
devote significant time and resources to the following goals:

The statement’s sponsoring organizations make the following observations and recommendations regarding best practices for administrators with respect to educational theatre and speech & debate programs.

Theatre Communications Group (TCG), the national organization for theatre, leads for a just and thriving theatre ecology. TCG believes its vision of “a better world for theatre, and a better world because of theatre” can be achieved through individual and collective action, adaptive and responsive leadership, and equitable representation in all areas of practice. TCG also believes that a child’s education is not complete unless it includes the arts.

Education departments at nonprofit theatres further their missions by producing broadly accessible, quality education programs that are connected to the artistic programming of the theatre. These inspirational programs amplify and expand upon school-based drama programs and can lead to greater understanding and empathy for others. To that end, freedom of expression in theatre education programs must be assured by:

Issues of free expression, academic freedom, compelled speech and equal protection may arise and come into conflict during the process of selecting, preparing and presenting a theatrical production at any educational institution. However, these issues must be treated somewhat differently in middle and secondary schools than they are in a postsecondary setting. Unlike K-12 students, college students are not minors; they have all the rights of citizens under the Constitution (both federal and state) and need to be dealt with as such.

Given this context, the Dramatists Legal Defense Fund sought to address the many compelling concerns raised by the increasing instances of cancellations of theatrical productions at colleges and universities. The DLDF (a 501(c)3 non-profit organization established by the Dramatists Guild to aid dramatists facing legal disputes) formed a working group of educators, activists, non-profits, and dramatists to conduct an extensive study of the matter. After two years of research, they issued their findings in a pamphlet, “Dramatic Changes: A toolkit for producing stage works on college campuses in turbulent times.”

The toolkit describes the historical and societal context of the subject, presents the legal issues raised by it, and offers step-by-step insights and suggestions for best practices as a play goes through the production process, including (i) selection of the work, (ii) casting and staffing, (iii) rehearsals, (iv) performance, and (v) post-production, offering advice on how to deal with controversy that may erupt during any of these stages. It also lists other resources available to help understand and address these issues.

So, if you are an educator or administrator facing demands for cancelation of a theatrical production, and if you have employed the steps and procedures recommended by the toolkit, then you owe it to all the stakeholders on your campus to resist such pressure. Because, when a school agrees to cancel an announced production (whether due to pressure based on claims of “harm” or otherwise, coming from students, administrators, the campus community, special interest groups, or the general public), it confirms to the world that those tactics work, and they are an appropriate response to offensive or challenging work. Such claims, however, must be balanced with principles of academic freedom and the constitutional right of free expression. Otherwise, acceding to such demands establishes a worrying precedent that whichever group applies the most political pressure should be able to dictate what is acceptable in the performing arts at your institution.

In these defining moments, the university is also communicating key values to its student body, including the next generation of theater makers; by caving to such pressure, you are normalizing censorious behavior and teaching your students to accept it throughout their careers. Finally, a university’s attempt to avoid controversy by canceling a show can actually cause controversy in and of itself, so it’s a futile strategy. What’s more, it is an act that contradicts the function of a university as one of the few spaces in American life that is dedicated to the free exchange of ideas.

If you have more questions about this issue, please visit the DLDF website.

The communal quality of the theatre and speech & debate experiences create a powerful venue for engaging individuals who hold divergent views in a conversation about difficult questions and issues. Theatre and speech & debate educators can and should facilitate student and audience dialogues around production and presentation subject matter. For theatre, this can be done by framing the issues in director’s notes in the playbill and by arranging panel discussions and post-show audience talkbacks. Speech presentations and debates can follow a similar strategy, offering post-event discussions to further explore topics and information addressed.

To help students realize their full learning potential through theatre and speech & debate, it is essential that educators, schools, and school boards create an environment and context in which complicated and challenging issues can be explored, discussed, and enacted, giving voice to the complexity of our world and the stories and subjects our students already encounter every day, as they build skills and talents that will serve them throughout their lives.